RABAT- Morocco's Islamist-led government has unveiled a charter outlining a raft of long-awaited judicial reforms, including strengthening the independence of the judiciary, that have been a priority of the ruling party. 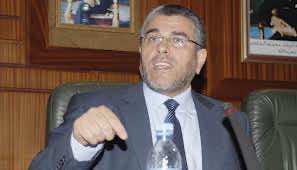 RABAT- Morocco’s Islamist-led government has unveiled a charter outlining a raft of long-awaited judicial reforms, including strengthening the independence of the judiciary, that have been a priority of the ruling party.

The charter, which was presented late Thursday by Justice Minister Mustafa Ramid, comes two years after the kingdom adopted a new constitution, in the face of the Arab Spring protests, with provisions for judicial reforms.

As well as a strengthening judicial independence, the charter proposes bolstering the protection of human rights, improving the effectiveness of the judiciary and expanding its institutional capacities, the official MAP news agency reported on Friday.

Other planned measures include reviewing the salaries of judges and the process of recruiting officials within the judiciary.

Prime Minister Abdelilah Benkirane, whose Islamist Party of Justice and Development (PJD) triumphed in 2011 legislative elections, came to power promising to make judicial reform a hallmark of his government.

“The charter constitutes a plan of action and a roadmap for reforming the judiciary,” state media quoted him as saying at Thursday’s meeting.

Morocco has faced growing calls to tackle the problems facing its judiciary, amid sharp criticism from international rights groups and experts, notably over the torture of detainees and evidence used in the trials of political activists.

An accidental decision by the monarchy last month to pardon a convicted Spanish paedophile sparked angry protests across Morocco and was hastily revoked, but it brought the judicial system under fresh scrutiny.