Morocco World News
Home Culture The Fear of Friday 13: Fact or a Myth? 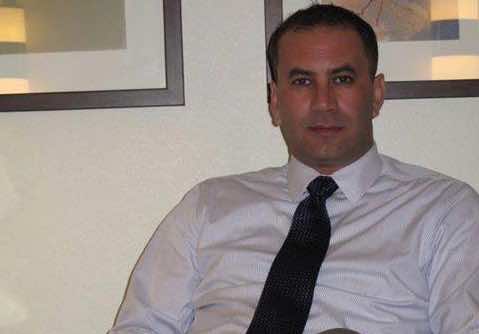 WASHINGTON – What is Friggatriskaidekaphobia? According to Urban Dictionary, it is “the fear of Friday 13th. The Frigga is for Friday, the triskai is for 3, the deka means 10, so triskaideca means 13, and phobia is the fear.”

So today is Friday 13th, and whether people consider it to be the unluckiest day of the year, laugh in the face of superstition, or see it as an excuse to watch their favorite slasher movie, there is no denying that it is one of the calendar’s most loaded dates.

However, where does all the brouhaha surrounding Friday the 13th stem from?

Fear of Friday 13th is suffered by millions of Americans, according to the Stress Management Center and Phobia Institute in Asheville, N.C. The phobia is referred to as “friggatriskaidekaphobia, a 99-year-old word made up of a combination of the Norse and Greek roots words for ‘Friday’ (Paraskeví), ’13? (dekatreís) and ‘fear’ (phobia)”.

As a great deal of superstitions and phobias stems from oral tradition, putting together their history is mostly guesswork. Nevertheless, for many centuries, many cultures considered the number 13 as an unlucky number, and Friday has been considered the week’s most unlucky day. Put these two together and the most superstitious minds will work over time.

Traditionally in numerology, number 12 is considered the number of completeness: the 12 signs of the zodiac, 12 hours of the clock, the 12 Apostles, the 12 tribes of Israel, the 12 days of Christmas and the list goes on. The number 13 is considered a transgression, or going beyond completeness.
Friday has been considered unlucky for a number of reasons, from the religious – Jesus was crucified on a Friday – to the financial. “Black Friday” has been associated with a number of stock market crashes. Frigga (Frigg) was a Scandinavian love goddess, worshipped on the sixth day of the week. Christians called Frigga a witch, and considered Friday to be the witches’ day.

Today we see the widespread suspicion of the number 13 everywhere. The 13th floors are missing in many buildings, airports gate skip from 12 to 14, and the number 13 is left off of hotel rooms. Many athletes are hard-pressed to wear a 13 on their jersey, and in a deck of Tarot cards, the death card is the 13th card.

But according to Dan Brown, in his bestselling book The DaVinci Code, this date is the origin for the unlucky “Friday the thirteenth,” though there are many theories on that designation’s origin. On October 13, 1307, France’s King Philip IV ordered the abrupt arrest of all the Knights Templar, which had accrued considerable monies and lands in two centuries. Philip accused the Templars of various forms of sacrilege, and since they were a tightly disciplined secret order, they had difficulty disclosing their true activities. Pope Clement V vehemently protested the king’s actions, and he suspended the bishops and inquisitors who helped interrogate and torture the Knights, but by 1312, he had become persuaded that the order was sufficiently nefarious and corrupt to suppress it. Dan Brown’s account eliminates Philip’s role in the process, singularly blaming the pope, who in fact had initially tried valiantly to protect the order.

Many historians link the date to the events that surrounded the Knights Templars scandal in France. It is recorded that the Templars and their Commander Jacques De Molay were arrested, tortured and interrogated on Friday October 13th, 1307. They were ultimately found guilty of heresy and were burned at stake on March 19th, 1314. Since then many Knights Templars sympathizers considered the day of the detention of their Commander a doomed day and any Friday 13th thereafter.

All in all, the myth of the curse of Friday 13th is no more than a folklore, and mankind is known for being so attached to mythology and consider it a cornerstone to justify the supernatural or what is a random human brain cannot explain.  Most people are so terrified by the reality of existence, they refuse to even consider the possibility that they can live without their myths. Every secular institution from public schools to government bureaucracies do all they can to keep the terror alive because the secular institutions of social control can only survive if people believe the secular myths just like the religious institutions can only survive if people believe the paranormal myths.