CASABLANCA - The final list of the RNI (National Rally of Independents) ministers who will be joining the new government coalition has yet to be revealed. 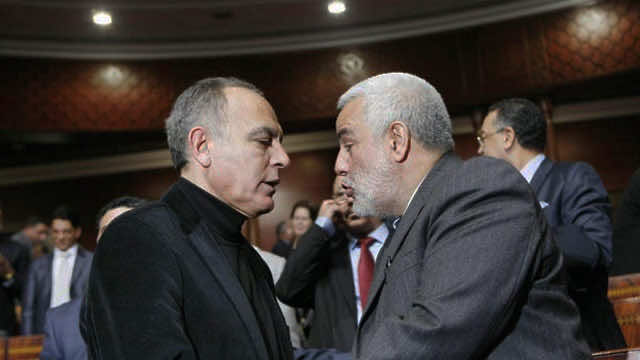 By
Loubna Flah
-
Loubna FLAH is a Moroccan national.
Sep 13, 2013
Spread the love

CASABLANCA – The final list of the RNI (National Rally of Independents) ministers who will be joining the new government coalition has yet to be revealed.

Sources close to the Moroccan daily Al Massae asserted that the RNI secretary general, Mr. Salaheddine Mezzouar, has not submitted the list of ministers that will be deferred to the king for approval at this time.

Sources close to RNI also revealed that three female members from the RNI are likely to take up ministerial positions in the new government. The PJD are also considering including another female member in the government to make up for the absence of women in the government–a criticism often leveled against the head of government. This will also mean that Benkirane will be appointing ministers according to their qualifications, thereby excluding some PJD ministers who did not live up to his expectations.

Talks over the makeup of the new coalition government have reached the fifth round of negotiations; however,, no consensus has been reached concerning the portfolios assigned to the RNI ministers and, especially concerning the candidates for the ministry of economics and finance.

Indeed, the possible nomination of Mezzouar, who has been criticized by activists for alleged corruption, raised indignation among many anti-government activists. The February 20th movement has particular grievances with Mezzouar, and have denounced his appointment and  created a social media page entitled “We reject the appointment of Mezzouar as a minister of finance and we call for his prosecution” as a preliminary step in protesting his ascent to the ministry.

However, before Benkirane makes final decisions, the king will receive the head of government to discuss the new appointments at the end of the week–the National Company for Radio and Television (SNRT) said..

On the other hand, sources close to the coalition denied that the majority met last Wednesday with the RNI secretary general as was alleged. The RNI and PJD senior members did not make any public statement about the negotiations that have been sealed by silence since the first round. Nevertheless, a member of the majority party assured that “the configuration of Benkirane’s second government will be revealed to the public opinion very soon.”