TAROUDANT- Concern about Islamic extremism remains widespread among Muslims in 11 Islamic countries surveyed by the Pew Research Center in March 3 to April 7, 2013. 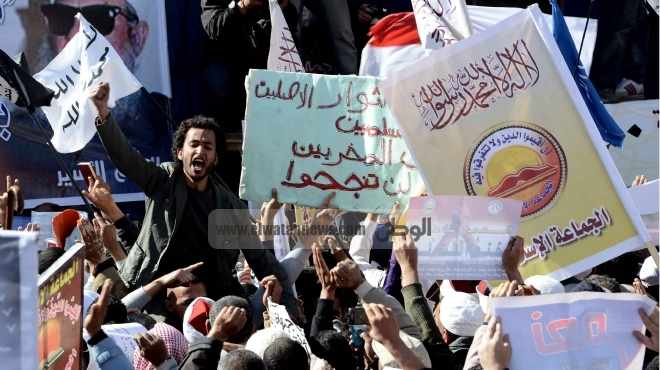 By
Larbi Arbaoui
-
Larbi is a freelance writer and assistant editor at Morocco World News.
Sep 14, 2013
Spread the love

TAROUDANT- Concern about Islamic extremism remains widespread among Muslims in 11 Islamic countries surveyed by the Pew Research Center in March 3 to April 7, 2013.

According to the  survey released on September 10, 67% of Muslims surveyed in 11 countries in the Middle East, Sub-Saharan Africa and South Asia said that “they are somewhat or very concerned about Islamic extremism.” 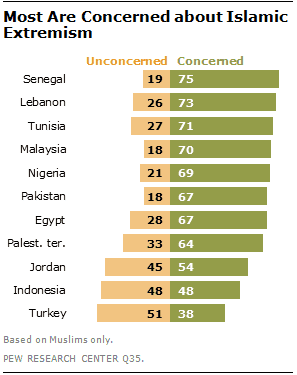 In five countries — Pakistan, Jordan, Tunisia, Turkey and Indonesia — worries about extremism among the Muslim publics increased in the past year, the report said.

The report added that “in many of the countries surveyed, clear majorities of Muslims oppose violence in the name of Islam.”

Although substantial percentages of Muslims surveyed in some countries think “suicide bombing is often or sometimes justified”, including a 62%-majority of Palestinian Muslims, overall support for suicide bombings and other acts of violence that target citizens, in the name of Islam, has declined during the past decade.

The percentages of Muslims who oppose violence in the name of Islam vary accordingly: Pakistan (89%), Indonesia (81%), Nigeria (78%) and Tunisia (77%), the survey said. 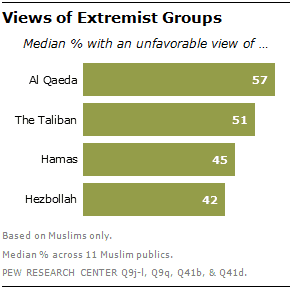 Among the 11 countries surveyed, Indonesia and Turkey are less worried about Islamic extremism; 48% and 51% respectively say they are not concerned, while Senegalese Muslims are the most worried (75% concerned).

It is noteworthy to mention that the survey categorized “Al Qaeda, Hamas, Hezbollah, the Taliban, and the Nigerian Boko Haram” as extremist groups.

According to the last Pew Research Center survey, adherents of Islam are “deeply committed to their faith and want its teachings to shape not only their personal lives but also their societies and politics.”

The Pew Research Center is an American think tank organization based in Washington, D.C. that provides information on social issues, public opinion, and demographic trends shaping the United States and the world.