INEZGANE, Morocco - Beside their reputation of being great sailors, the ancient Portuguese were known to be great fortress builders. Their constructions were made of solid bulky stones that challenged ruthless weather conditions over the years. 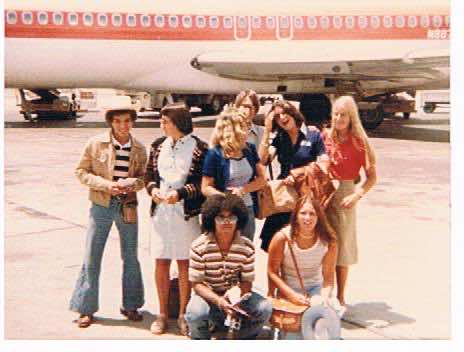 INEZGANE, Morocco – Beside their reputation of being great sailors, the ancient Portuguese were known to be great fortress builders. Their constructions were made of solid bulky stones that challenged ruthless weather conditions over the years.

In Japan, Portuguese-built- fortresses defied even nuclear bombing and are still standing erect. More than two decades ago, Moroccan travelers wanting to make it to the US, had to get there via Europe as there was no direct airline link between Morocco and the US. Back in that era, four of us Moroccan students were chosen in a cultural and educational exchange program to study in the US.

Our Transit place before New York happened to be Lisbon. Each of us was supposed to stay with a Portuguese family for some time before the great trip we all were looking forward to. I happened to stay with a nice, welcoming, refined and cultured family. They told me about the Fado music and singing, about the Portuguese way of bull fighting and a lot about the sculptures in Lisbon squares, some of which were works of a grandfather of theirs.

Very fascinating was Lisbon in this respect, yet I had to make quite a discovery in the chateau de Pena. It was a great medieval castle which served as   a museum where tourists admire the great Portuguese architecture while listening to their tour guides. All of this was fine, but what was most remarkable, was a little canon fitted on the semi-circular wall of a balcony. The canon was too small to have been designed for any defensive reason or purpose. That was not the initial intention in any case. That canon served as a clock.

Back in the old days, it used to be regularly loaded with gun powder and on the hole which served for detonation at the lower end of the canon was fixed a small magnifying glass. Whenever it was noon, the sun rays went straight through the magnifying glass into that hole and caused the gun powder to explode; letting people of the castle know it was midday sharp. I very much admired the idea. It was a mixture of creativity and imagination paired with elaborate craftsmanship.

The idea of canons designed not to kill however may somewhat sound utopic in a rough world where the French emperor Napoleon ordered his canon makers to engrave the following on his army’s canons: “This is the last argument of kings”. He was not the only historical figure to have believed in such a view. Long after he was sent to exile and long after his death, war was most often waged over that last argument which canons translate into destruction and killings.

The little chateau de Pena’s canon could not certainly tell the time for different parts of the day, but it indicated with great precision midday, a time considered by most people round the world as lunch time; a moment when people could forget about canons and enjoy some of the pleasures of life.