CAIRO — An Egyptian court said on Saturday it will question top officials of Hosni Mubarak's regime over the toppled dictator's role in the deaths of protesters during the 2011 uprising against his rule. 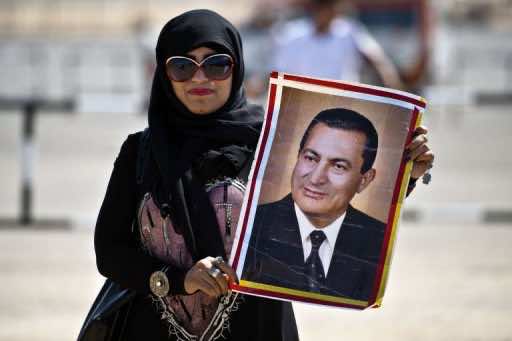 CAIRO — An Egyptian court said on Saturday it will question top officials of Hosni Mubarak’s regime over the toppled dictator’s role in the deaths of protesters during the 2011 uprising against his rule.

The court, in a hearing attended by Mubarak and broadcast on state television, said the questioning would be carried out during a three-day session starting on October 19.

It said the session would be closed to the public as it concerns “national security”.

The court also charged three separate commissions with looking into the allegations against Mubarak, his former interior minister Habib al-Adly, his two sons Alaa and Gamal and six security chiefs.

The 85-year-old former president faces an array of charges, including complicity in the deaths of some 850 people killed in the Arab Spring-inspired uprising against him, and corruption.

On Saturday, Mubarak was brought into the court on a wheelchair from a military hospital where he has been held since his release from Cairo’s Tora prison last month.

Dressed in a jacket, striped shirt and wearing dark sunglasses, it was his second appearance in public since he stepped out of jail.

Outside the court, about 20 supporters of Mubarak had gathered for Saturday’s session.

They held pictures of the former autocratic president, alongside those of Egypt’s current armed forces chief, General Abdel Fattah al-Sisi.

Mubarak had been convicted in June last year of complicity in the deaths of protesters and sentenced to life in prison, but a retrial was ordered in January after he appealed.

The charges carry a maximum penalty of death.

Lawyers defending Mubarak and the other nine accused argue Islamists were primarily responsible for violence during the 2011 revolution.

Mubarak’s ouster was a pivotal moment in regional democratic upheavals that in Egypt led to an Islamist government, which itself lasted only a year before a military coup ousted it.

The former strongman has been held under house arrest at a military hospital since he left Tora jail.

Since his first court appearance in August 2011, Mubarak has been treated for a range of ailments including a heart condition and depression. He was even reported to have slipped into a coma last year.