PARIS- French President Francois Hollande warned Sunday a US-Russian deal reached over the weekend to eradicate Syria's chemical arms arsenal was "not an end point", adding the option of military strikes must remain on the table. 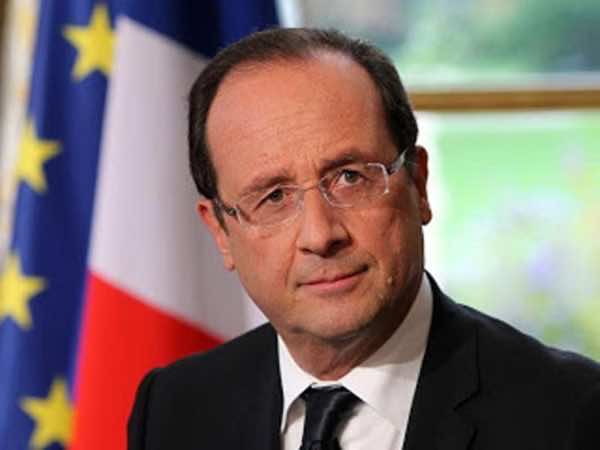 PARIS- French President Francois Hollande warned Sunday a US-Russian deal reached over the weekend to eradicate Syria’s chemical arms arsenal was “not an end point”, adding the option of military strikes must remain on the table.

Speaking live on TF1 television, Hollande stressed that the international community must prepare for the possibility of sanctions “in case of non-implementation of the accord” as part of a UN resolution that could be voted on within the next seven days.

“The military option must remain, otherwise there will be no constraint,” he added.

His comments come a day after US Secretary of State John Kerry and his Russian counterpart Sergei Lavrov announced an ambitious deal to dismantle and destroy Syria’s chemical arms stockpile by mid-2014.

The accord temporarily averts the threat of military strikes on Syria that France and the United States had initially touted as a way to punish President Bashar al-Assad’s regime for a deadly poison gas attack on August 21 they blame on Damascus.

France was not part of the three-day negotiations between Kerry and Lavrov to reach the chemical arms deal, but has said its determination to stick to a firm line helped deliver the progress achieved in Geneva.