TRIPOLI- Libya will launch a tender in 2014 for the award of the country's first private mobile phone license, Communications Minister Usama Siala told AFP on Monday. 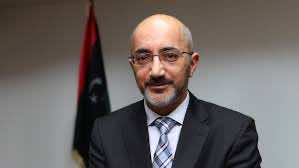 TRIPOLI- Libya will launch a tender in 2014 for the award of the country’s first private mobile phone license, Communications Minister Usama Siala told AFP on Monday.

The country’s two publicly-owned providers have more than eight million subscribers, one of the highest penetration rates in Africa, but Libya has no private mobile telecoms operators.

“We are going to propose a mobile telephone license for the private sector in three to six months,” Siala said in an interview with AFP.

“The ministry got the green light from the cabinet, from the prime minister and from the telecommunications committee of the General National Congress,” the country’s highest political authority, Siala said.

“We in the ministry would prefer the new operator to be foreign. But that will depend on a law on encouraging foreign investment that is being studied in the GNC,” he added.

“According to the legal framework that will be adopted, we will decide if the candidates need to be foreign, Libyan, or in a joint-venture,” he said.

The award of the license to a private operator is aimed primarily at “stimulating the telecommunications market in Libya,” until now monopolized by public companies, Siala said.

This puts Libya’s mobile phone penetration, the ratio of phones to the population, at 120 percent, one of the highest in Africa according to official figures.

The two operators contribute between two and three percent of the country’s GDP, the ministry said.

“Until now, we have been competing with ourselves. We need competition, which can only be beneficial for the market and particularly for users,” the minister said.

During the regime of long-term dictator Moamer Kadhafi, Libya in 2009 launched a tender for a private license for mobile and fixed telephones before cancelling it at the last minute.

Turkish company Turkcell and Emirati telecoms operator Etisalat competed for the license at the time.

Siala said that the government had been in contact with international organizations and experts from the World Bank, from Britain, France and the US to improve infrastructure in the telecoms sector.

Last week, the publicly-owned Libya Telecom and Technology company signed a contract with French communications equipment maker Alcatel-Lucent to install 120,000 ADSL lines in several areas of Libya at a cost of $3.07 million.

The minister also added that a fibre network was being put in place, particularly in Tripoli, to improve the quality of Internet services.