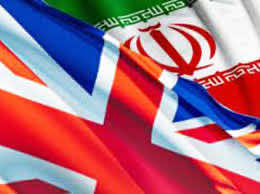 The UK aims to improve its relations with Iran during the leadership of Iran’s new President Hassan Rouhani, who was elected this summer.

UK Foreign Secretary William Hague is expected to come together with his Iranian counterpart Mohammad Javad Zarif on the sidelines of the UN General Assembly scheduled to take place on September 24 in New York.

Like other western countries, the UK considers the Rouhani period as an “opportunity” to resolve tension among the international community over Iran’s nuclear programme and to bring a peaceful end to the Syrian crisis.

In the begining of September, the UK Foreign Secretary expressed that they were prepared to discuss the Syria issue with Iran, a supporter of the Assad regime.

“The test for Iran is whether it is really prepared to play a constructive role, because we must remember that Iran has, from all the evidence presented, been actively supporting the Syrian regime, including in the killing of so many innocent people in Syria. It has not played a constructive role so far, but we are prepared to talk to it,” Hague stated earlier.

The UK had been making calls to “restrore relations” before Ruhani took office officially.

Meanwhile, UK Prime Minister David Cameron sent a letter to the new President of Iran after he offically took office which conveyed that he “wanted to write to express the hope that your election will present an opportunity to improve relations between our countries.”

Premier Cameron also asked Iranian leader Ruhani to support a peaceful resolution to the Syrian crisis as the latter stated his government is against military intervention in Syria as Syria’s fate must be decided by its own people through elections and democracy.

The UK recalled its diplomats in Tehran following the attack on the UK embassy in the Iranian capital in 2011.

The attack on the UK Embassy in Tehran, carried out after the UK’s desicion to sanction Iran over its nuclear programme, was described as the worst crisis to occur between the two countries since the Islamic Revolution in 1979.