Morocco World News
Home Culture Cinema Andalous Mon Amour: The Grass is Greener on the Other Side 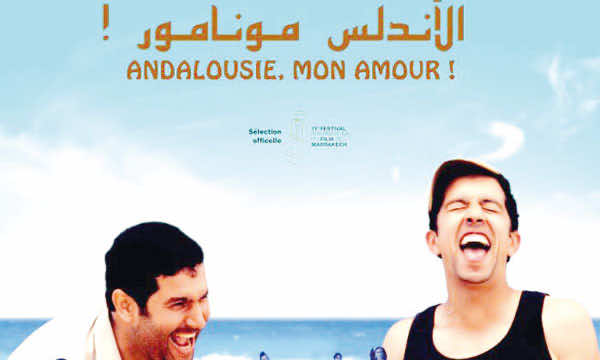 Rabat- The dream of trespassing the hudud is a major traditional theme that has been consumed in Moroccan cinema. The “Self” is still always seen and represented as perfect and superior to the “Other”. This relationship between the North and the South has been ironically approached in Mohamed Nadif’s movie Andalous Mon Amour.

The group of people consisting of Moroccans and Africans are typical of other immigrants who chase the opportunity of crossing the straits of Gibraltar.  The film director confines them within a closed area, which is supposed to be their place of work in Spain, collecting hashish. They are all happy that they are living in Spain though in a closed space from which they are not allowed to trespass and under supervision. What matters for them is the fact that they get weekly wages paid in euros.

The movie discusses a thorny issue in a comic and satirical manner. People go to Europe willing to work in whatever field and accept whatever kind of job and under whatever circumstances, something that they would never accept in their countries of origin. This leads one to wonder who is to blame here: The person or the culture.

What makes the message of the movie intriguing is the way the story has been told and filmed. All these ‘’immigrants” who believe that they are in Spain, are actually still in Morocco. They are all deceived by a group of Moroccans who misuse them to work for free; giving them some fake euros and making them believe in their fake dream. They make them feel that they are in ‘real’ Spain, giving them some cheap Spanish food and sending some ‘fake’ Spanish guys to talk to them and some Moroccan girls disguised as Spanish girls to entertain them as well.

The dream, in the film, has become an obsession that has clouded the immigrants’ senses and wits making them believe in everything around them. The movie, indeed, does problematize the issue of immigration by thwarting their dream to a spatial confinement that serves as a laboratory where all their hopes and aspirations are put to the test. In other words, the director shows us that no matter how big the dream of immigration may seem to be to the immigrants themselves it has nothing to do with the real space they aspire to reach.

As a whole, the movie’s director, Mohamed Nadif has managed to approach the theme of immigration from a different point of view which makes the movie a success. Such movies contribute to the Moroccan cinema library and help to reconnect with the Moroccan audience who is already fed up with the quality of Moroccan cinema.