CAIRO- A French citizen died after being attacked by  cellmates in a Cairo police station, where he had been detained for breaking a night-time curfew, security officials said on Tuesday. 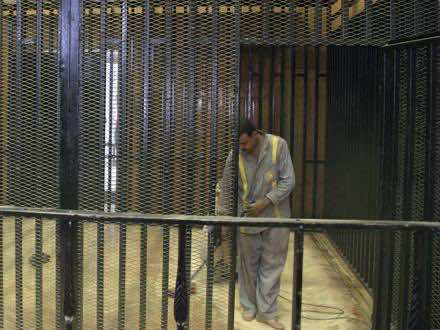 CAIRO- A French citizen died after being attacked by  cellmates in a Cairo police station, where he had been detained for breaking a night-time curfew, security officials said on Tuesday.

Police arrested the man in the upmarket Zamalek  neighbourhood of the capital for violating the nightly curfew in force since the launch of a deadly crackdown on Islamist supporters of ousted president Mohamed Morsi on August 14.

The man, described as a teacher, was put in a cell at the central Qasr al-Nil police station, where he was attacked by his cellmates and later died of his injuries, the officials added.

Six cellmates are being kept in custody as part of an investigation into “bodily harm resulting in death,” a judicial source said.

A post-mortem found that the Frenchman died from “internal haemorrhaging” and a “skull fracture,” the security officials said.

The victim did not have a valid visa at the time of his arrest, the  security officials said. The French embassy said he was a long-term resident of Egypt.

The embassy added that it had asked for clarification from judicial authorities of the circumstances of the man’s death and was still waiting for a reply.