Washington- In a video submitted to the Huffington Post, we witness a man, completely unprovoked, shout at a woman wearing the Islamic veil, using the Quebecois new Charter of Values as his defense for claiming that the woman should remove the veil or return to her country. 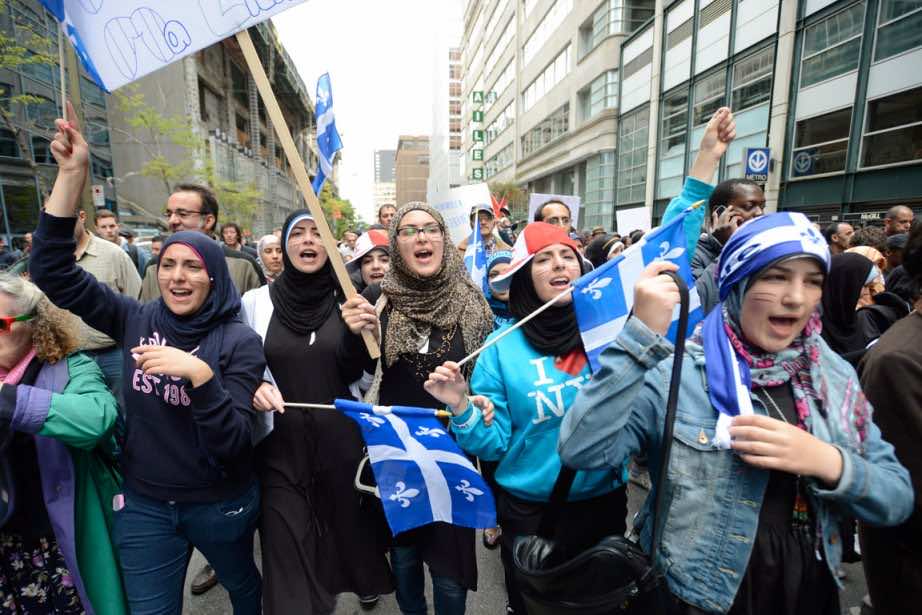 Washington- In a video submitted to the Huffington Post, we witness a man, completely unprovoked, shout at a woman wearing the Islamic veil, using the Quebecois new Charter of Values as his defense for claiming that the woman should remove the veil or return to her country.

The incident, which occurred on August 28 on a public bus in Montreal, is indicative of the difficulties that Muslims now face in Quebec with the pending Charter of Values, which seeks to ban religious garb in public spaces.

The man, irrationally angered by the woman’s veil, told her to remove her headscarf or return to her country—according to the video and witness, a French student at McGill University.

The Muslim woman rebutted by saying, “It is your government that brought me here to this country.”

The man went on to say that “we are at home here. With Marois, we will remove the ‘hat’,” the ‘hat’ refers to the Islamic veil.

He accuses her, and Muslims, of refusing to integrate into Quebecois culture saying, “the Haitians, the Portuguese, the Chinese all integrated…[in Islam] women on one side, men on the other! Wow, what freedom!”

To this, the woman replied, “Shut your mouth.” And “What a racist.”

However, throughout the altercation, the videographer, or any other witnesses on the bus, failed to interject and defend the woman or mediate the argument. The videographer explains, “nobody reacted. One young man who did reply to [the attacker] was told to ‘Shut up’ [by the man]!”

“?ersonally, I was shocked and I did not really know what to do. I told myself that if I was not able to react, what I could do was record a video to maybe share,”

Incidents such as these are ever-present in Quebec, and elsewhere in the world, and are only made more acceptable by discriminatory policies like the proposed Charter of Values. Many Muslims, and other religious individuals who adorn religious symbols on a daily basis, are subject to employment discrimination, prejudice, verbal, and even physical, abuse for their religious affiliation.

Though the Charter of Values seeks to remove religious symbols from public life to neutralize religion in society, the subtext to the Charter is taking away a certain degree of freedom for individuals to practice their religion as they see fit. A more appropriate mechanism for neutralizing religious tension would be to promote tolerance, acceptance and awareness within society—not by banning all traces of religion.