MADRID - Spain called on United Nations (UN) Security Council to take an urgent decision on Syria to solve the political crisis in the country. 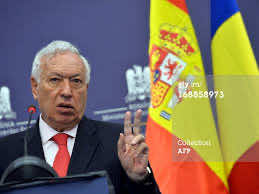 MADRID – Spain called on United Nations (UN) Security Council to take an urgent decision on Syria to solve the political crisis in the country.

“Use of sarin gas by the Syrian Army has become clear for Spain,” said the Spanish Foreign Ministry.

Touching on the deal between US and Russia regarding the destruction of Syria’s chemical weapons stockpile, the ministry said “UNSC must take an urgent decision on Syria.”

The ministry, reminding that the Syrian clashes caused so much pain, said “International community must make more efforts without delay to find a political solution in the country.”

Meanwhile, Bulgarian President Rosen Plevneliev and Prime Minister Plamen Oresarski, strongly condemning the Syrian chemical attack on August 21, said the Bulgarian government was seeking for a decision by the UN.

“A political resolution would end the Syrian crisis” said the Bulgarian government in a statement.