GAZA  – A senior health official from the Palestinian Gaza Strip on Wednesday rang the alarm over deteriorating conditions at Gaza's hospitals, saying the lack of medical supplies had seriously affected the strip's medical sector. 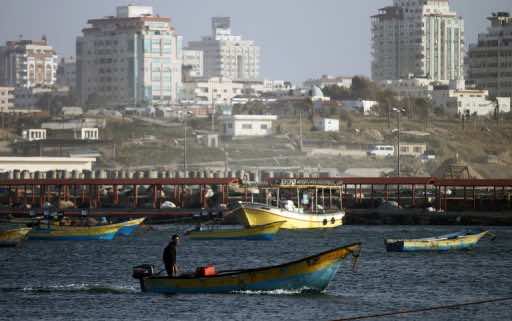 GAZA  – A senior health official from the Palestinian Gaza Strip on Wednesday rang the alarm over deteriorating conditions at Gaza’s hospitals, saying the lack of medical supplies had seriously affected the strip’s medical sector.

“This makes it necessary for us to ring the alarm so that everybody shoulders their responsibilities in this regard,” Mufid al-Mekhalilati, health minister in the Gaza government, said at a press conference.

He added that medical supplies coming into the strip through the Rafah border crossing with Egypt had recently fallen by 30 percent, thus depriving a large number of patients from obtaining needed medicines.

Mekhalilati said that of 500 medicines that should be available in Gaza, some 145 were currently unavailable in local drugstores. He added that Gaza’s medical practitioners had to work in the absence of around 460 types of vital medical equipment.

“Stocks of 100 medicines are about to run out,” al-Mekhalilati said.

He complained in particular about repeated closures of the Rafah border crossing with Egypt, which, he said, were preventing about 1,000 Gazan medical patients every month from receiving badly-needed medical treatment in Egyptian hospitals and clinics.

Gaza’s top doctor added that the closures had also prevented medical delegations, which used to visit the strip in solidarity with its besieged people, from entering the coastal enclave.

This, he said, had served to deprive patients of the specialized medical services and personnel who used to come as part of these delegations.

“Patients in need of kidney transplants and children in need of heart surgeries have been the most affected in this regard,” al-Mekhalilati said.

Gaza received the last of these delegations in July, he noted.

Frequent medical convoys used to enter Gaza from Egypt to offer assistance and medical supplies in a bid to reduce the effects of an Israel-imposed blockade on the territory, in place since 2007. These convoys had entered Gaza via the Rafah crossing.

The crossing’s working hours, however, were sharply reduced two months ago.

According to al-Mekhalilati, a dearth of Egyptian fuel has affected electricity generators in the strip’s hospitals, as well as the operational capacities of its ambulances and rescue teams. Daily electricity outages in Gaza, he added, now often last for 12 hours at a time.

“The generators can stop working at any moment,” al-Mekhalilati said. “These generators require spare parts and filters to operate.”

He added that the lack of building materials had forced his ministry to halt construction of seven first-aid centers and five new hospitals.

Answering a question by Anadolu Agency about coordination between the health ministries in Gaza and the West Bank, al-Mekhalilati said that the Gaza government was working to encourage such coordination.

“We reject division,” he asserted. “We’ve taken steps to put an end to this division.”

He said his ministry coordinated with its West Bank counterpart on the distribution of medicine and the treatment of patients outside the Palestinian territories.

He added that officials from his ministry regularly met with the representatives of international institutions to discuss Gaza’s dire medical situation.

Al-Mekhalilati said his ministry also cooperated with the Turkish Red Crescent, which had previously entered Gaza through the Erez crossing with Israel.

He called on the international community to put pressure on Tel Aviv to lift its six-year-old blockade of the strip to allow the entry of desperately needed medicine, medical equipment, fuel and construction materials.

He also called on Egypt to reopen the Rafah crossing to allow Gazan patients to receive the necessary medical treatment.