INEZGANE, Morocco - Sometimes a person’s plans may be changed or go corrupt upon a well-informed or else an ill informed and groundless piece of advice. Some thirty five years ago, I received an invitation to attend a cultural event that was going to take place in Artesia, New Mexico. 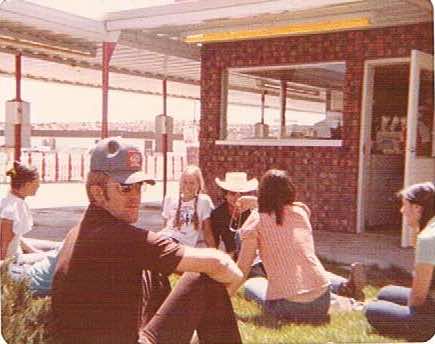 INEZGANE, Morocco – Sometimes a person’s plans may be changed or go corrupt upon a well-informed or else an ill informed and groundless piece of advice. Some thirty five years ago, I received an invitation to attend a cultural event that was going to take place in Artesia, New Mexico.

We were four foreign exchange students stationed, to borrow a military term, in Albuquerque and we used to travel around the state whenever an opportunity presented itself to us. Thus, we had a chance to visit Santa Fe, Los Alamos, Roswell, Carlsbad, etc. We were very idealist young men and women who came over to the new world to learn as much as possible from and about this world.

Traveling was one way to meet new people and see new places and in that manner help ourselves in putting into place different bits of the great gig-saw-puzzle which would later make our own vision of the world. Well, I received that invitation and decided to honor it and attend the event. I had no idea whether the other exchange students went or not.

What I know for sure is that somehow, I was gently prevented from traveling through a piece of advice which stated that I had better not go given the fact that I was a Muslim. The advice provider went on that if I went there; I would feel very much of a persona non-grata. I was not that sure that people who sent me an invitation would be that intolerant nor was I sure that someone was only trying to prevent me from another trip in the state of New Mexico.

I could never verify the veracity and truthfulness of the spirit of intolerance regarding Islam and Muslims reigning in Artesia, but what I can say, for sure, is that I missed an opportunity to meet and talk to people with whom I could have built bridges of tolerance, understanding and possibly mutual cooperation.