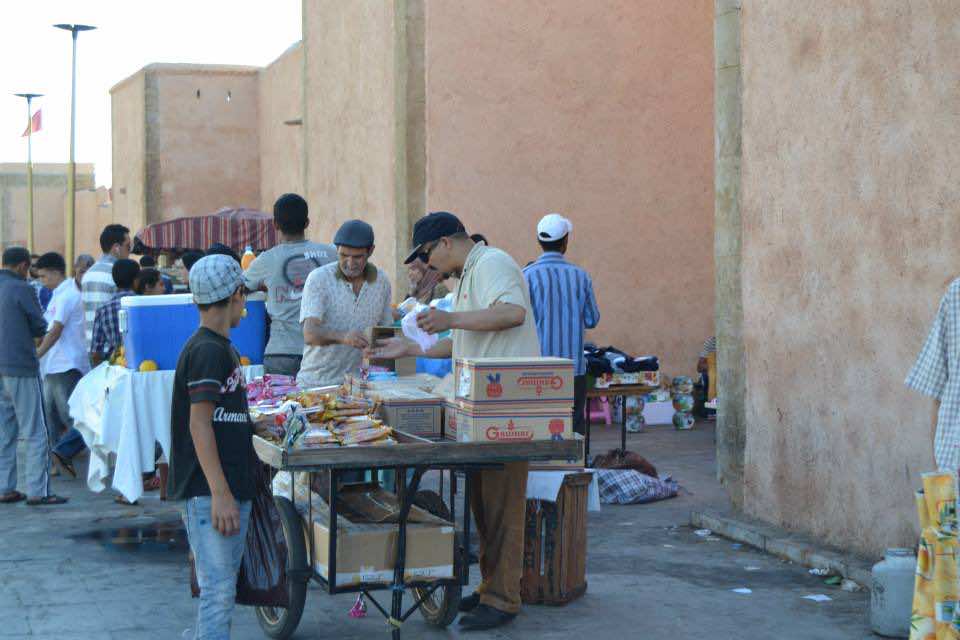 CASABLANCA – How would you feel, if a poor member of your precious family was prevented from doing the only job, that brings him a piece of bread for the day?

Before generalizing a rule on a group of people who did not choose to become poor, nor were born poor, one has to put himself in their shoes, feel their pain when they stand every single day in the burning sun, baring peoples’ humiliating gazes only to be able to afford school for their dear children. We are all human beings, but sometimes we forget that we were all born equal, until luck arbitrarily makes or breaks our lives.

City limits or boundaries are only walls which are meant to charm the tourist when he visits the city, but those people (street vendors) are flesh and blood. Street vendirs have dreams and aspirations. They want to have a good home, a good salary and a fancy life just like the rest of the community, but instead, all they end up with is a sidewalk booth that might be taken away from them at any minute, inviting dreadful poverty to eat them alive.

Street vendors in Morocco FstrFsuffer enough from their ego being crushed every minute of every day. As people walk by, some view them as inferior creatures who are ruining the city’s beauty and charm, while others don’t even notice them, and might even step on their possessions without a single apology. These individuals don’t need more torturing from rich people, whose hearts have been frozen in the blind pursuit of money. In other words, what is the use of being a human being if humanity is lost?

Take one look at what these poor people are selling, and ask yourself if you would ever stand five minutes in the streets, coping with people’s underestimating gazes and hurtful words, that strike like thunder.

The answer would definitely be negative. No human being on earth wants to be stuck in the bottom of the hierarchy. Anyone would rather crawl under a rock and just die. However, life, as hard as it is, turns the strongest, wealthiest to the weakest person alive. As a result, being a street vendor in Morocco might be your only option.