ANKARA - International Criminal Court, on Wednesday called for US to arrest Sudanese President Omar al-Bashir if he travels to New York for the UN General Assembly meetings. 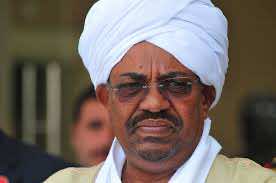 ANKARA – International Criminal Court, on Wednesday called for US to arrest Sudanese President Omar al-Bashir if he travels to New York for the UN General Assembly meetings.

The International Criminal Court on Wednesday urged US authorities to arrest Sudanese President Omar al-Bashir, if he travels to New York for the UN General Assembly meetings.

Bashir, who is wanted by the International Criminal Court for genocide in Darfur, was reported to seek a visa to enter the United States to attend the annual UN General Assembly and the US authorities verified the application. However, the US is not a party to the ICC’s Rome Statute and therefore has no obligation to arrest Bashir.

The statement reminded that ICC had in 2010 asked all UN Security Council members that are not parties to the Rome Statue, including the United States, to cooperate with the court in arresting Bashir.

The ICC issued arrest warrants for the Sudanese leader in March 2009 and July 2010 and he now faces 10 counts of war crimes, crimes against humanity and genocide in the decade-old Darfur conflict. Military Crackdown in Sudan amid Tense Move Towards Democracy 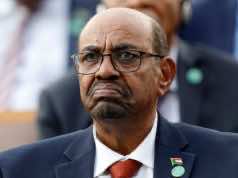