Brazilia- Morocco and Brazil signed here on Wednesday a convention for judiciary cooperation in civil affairs, under which they commit to extend each other judiciary assistance in family law, trade law and labor law. 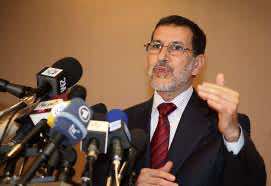 Brazilia- Morocco and Brazil signed here on Wednesday a convention for judiciary cooperation in civil affairs, under which they commit to extend each other judiciary assistance in family law, trade law and labor law.

The convention signed by Morocco’s minister of foreign affairs and cooperation Saad Dine El Otmani and Brazilian external affairs minister, Luiz Alberto Figueiredo, stipulates that nationals of the two countries will enjoy the same rights in free access to courts, in matters of judiciary procedures and the same rights and duties.

Moroccan and Brazilians citizens will also be exempted in the host country of any bail, deposit or any kind, associated with their status as foreigners or absence of address or residence in the country.

El Otmani, who is paying a work visit in Brazil, reviewed on Wednesday with vice-president, Michel Temer and minister of external relations, Luiz Alberto Figueiredo, means to consolidate bilateral cooperation in various fields.

The Moroccan official said his visit is meant to assess with Brazilian partners political, economic and cultural relations between the two countries.

“Since the visit of HM King Mohammed VI in 2004 to Brazil, relations between the two countries have been improving”, he added, noting that the Latin American country is today Morocco’s 1st economic partner in South American and 3rd customer in the world.

A new airline will service starting next December Casablanca and Sao Paulo to intensify contacts between the two countries and encourage business operators to invest in Morocco, he went on.

It was also agreed that the two countries will convene the 2nd session of their joint commission in the first quarter of 2014.