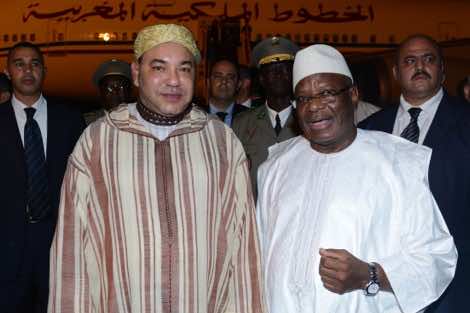 Washington- In light of recent events, there is a growing hope for change in Mali. The sub-Saharan nation organized fair and transparent elections that led Boubacar Keita to be elected as the new Malian President.

Unfortunately, despite the positive course of recent events, Mali has witnessed almost two years of civil war and frequent terrorist attacks perpetrated by Al- Qaeda linked groups. Additionally, recently, the country was stricken by destructive floods that added to the suffering of the local population.

However, now, with the successful French military intervention, Mali has started to experience a cautious stability that will hopefully allow the newly elected government to concentrate on rebuilding the nation and implementing an urgent program that will give priority to public spending on health care, education, and other basic social services. In addition, there should be a growing movement toward more open and participatory forms of government that encourage cooperation and partnership between the state and civil society.

Nonetheless, the socioeconomic situation in Mali remains fragile and vulnerable to domestic and external shocks, and the country has a long way to go to make up for the ground lost due to the destructive nature of the civil war. Therefore, neighboring countries should provide economic support to Mali to help it to get out of the economic hardship, as an act of goodwill in the African community.

In this respect, Morocco has taken the lead in aiding Mali’s humanitarian and economic obstacles. In fact, after Mali had emerged from a civil war that severely set back its developmental efforts, in addition to its poor agricultural conditions and a deterioration in trade agreements that led to great loss in economic momentum in Mali over the past two years, King Mohammed VI has given his approval for an immediate humanitarian and medical aid package that has already been shipped towards Bamako over the last two days.

Through this humanitarian initiative, Morocco intends to contribute to easing the sufferings of a population that has become the victim of terrorist attacks flatly denounced by the kingdom and the international community of the course of a two-year civil war.

The King ordered that this humanitarian aid initiative be implemented immediately and with the cooperation of Malian authorities. The Moroccan government has mandated the establishment of a multidisciplinary medical-surgical hospital will be at the service of Malians and will reinforce existing medical capacities.

With nearly 300,000 people displaced within Mali due to the conflict, hunger and malnutrition pose additional challenges to the health and well being of vulnerable children and adults. The Moroccan emergency medical aid will help reduce human suffering and curb the spread of deadly diseases.

Mali will need to restructure its public expenditure as well as devote more funds to human resource development. Undoubtedly, the existing Moroccan investments in Mali, in addition to future ventures, will certainly give a new impetus to the Malian economy and will open wide doors to other international investments to help Mali overcome its economic hardship; but, most importantly, it will play a role in assisting the newly elected government in moving forward with its road map for economic and political reforms.

The Moroccan government, through King Mohammed VI, has made clear its deep commitment to help Mali and other African countries to achieve more dynamic and sustainable growth. It is now the duty of these countries to intensify their efforts to create an environment that will encourage more private investment; notably an environment that promotes confidence in macroeconomic policies, builds the necessary infrastructure and provide qualified labor, creates a transparent judicial system, and, more generally, ensures good governance.

In support of these efforts, King Mohammed VI  started a visit to Bamako on September 19 to take part in the presidential inauguration of the newly elected President Boubacar Keita.

Finally, the new Malian government will need to implement policies of reforms on a comprehensive and sustained basis,  to achieve the desired goals of accelerating growth and reducing poverty. For that it can rely on Morocco as its perpetual strong African partner.