Casablanca - Morocco is a "top priority" for British businessmen in the region, due to its political stability and strong economic performance despite the global financial crisis, said on Thursday in Casablanca the Chief executive of the "UK Trade and Investment ", Nick Baird. 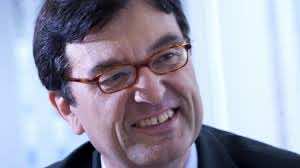 Casablanca – Morocco is a “top priority” for British businessmen in the region, due to its political stability and strong economic performance despite the global financial crisis, said on Thursday in Casablanca the Chief executive of the “UK Trade and Investment “, Nick Baird.

“Morocco is a very important market for British companies and investors, given the stability and political reforms that it benefits, in addition to the good economic performance that was achieved despite the international financial crisis and the disruptions in the region, “said Mr. Baird at a conference on Morocco-Great Britain partnership.

In this regard, he stressed the interest of the British companies in several sectors in Morocco, including finance, energy and industry.

“We are interested in the development of Casa finance city center as well as by the cooperation in the energy sector, especially that Morocco has under-exploited reserves of oil and gas “, said Mr. Baird.

Regarding the industry, he said that “there is a strong potential for cooperation between the Moroccan textile industry and British companies”, noting that the recent agreement between the United Kingdom and the Canadian aerospace giant Bombardier is ” a good example for other companies to settle in Morocco.”

In addition, the British official has noted that the priority given by HM King Mohammed VI to the development of economic relations between Morocco and sub-Saharan nations “offers significant opportunities to forge a strategic partnership with the United Kingdom.”

UK Trade and Investment works with UK-based businesses to ensure their success in international markets, and encourage the best overseas companies to look to the UK as their global partner of choice. It has professional advisers both within the UK and across more than 100 international markets.