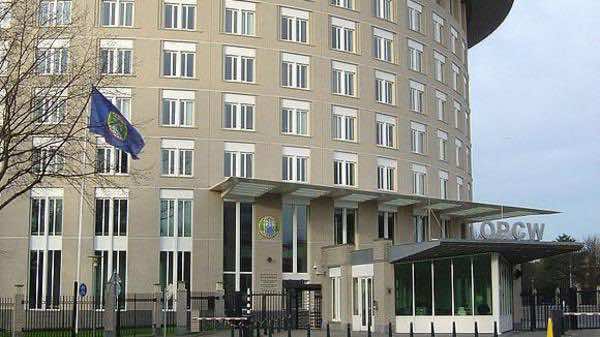 Syria has declared its chemical weapons program to the Organization for the Prohibition of Chemical Weapons (OPCW), the group said on Friday.

The OPCW said in a statement they had received an “initial disclosure” of the program, while adding that the executive council meeting on the elimination of Syria’s chemical arms scheduled for Sept 22 was cancelled. No reason was provided for the cancellation.

Syria’s move is part of a US-Russia deal agreed to last week that is aimed to ensure the removal or destruction of Syria’s entire chemical arms program by mid-2014.

According to the plan, Syria had one week to submit details to the OPCW, followed by the return of the UN inspection team on the ground by November to complete their investigation, on which the team issued a report this week that confirms the use of chemical weapons in Syria.

The OPCW, active since 1997, is responsible for monitoring the implementation of international rules banning chemical weapons.

The international body, headed by Ambassador Ahmet Uzumcu, has 189 states in its membership. Syria will become a member on Oct 14.