WASHINGTON - The United States President Obama announced last week, “There are consequences should the Assad regime not comply with the framework agreed today. And, if diplomacy fails, the United States remains prepared to act." 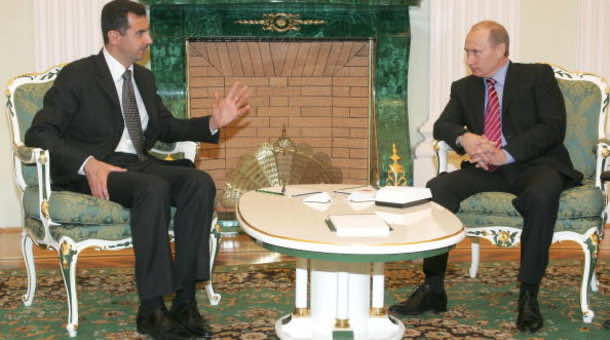 By
Omar al Muqdad
-
Omar al-Muqdad is a Syrian journalist currently living in the United States.
Sep 20, 2013
Spread the love

WASHINGTON – The United States President Obama announced last week, “There are consequences should the Assad regime not comply with the framework agreed today. And, if diplomacy fails, the United States remains prepared to act.”

U.S. and Russia had reached a deal, announced by the U.S. Secretary of State and the Russian Foreign Minister in Geneva. The U.S. and Russia agreed to immediately press for a U.N. Security Council resolution under Chapter 7 of the U.N. Charter, which can authorize both the use of force if the Syrian president Bashar Assad breaches his commitment to the signed agreement to hand down his chemical weapons.

Since the start of the Syrian conflict, Russia has played the strongest role in supporting the Syrian regime. Russia systematically rejected multiple resolutions in the UN Security Council, and had supplied the Syrian regime with the most developed air defense system in the region. This is mostly due to the fact that Syria provides the last base for the Russian navy in  warm waters. Russia has made it in their best interest prevent the United States from ‘coming out of this game a winner’, a Russian official told me.

The Russians greatest fear is the burgeoning instability in the Middle East and Central Asia. Russian officials seem worried about the northward spread of Islamic functions.

Also, Russia has, a total of $5 billion in contracts to sell weapons to Damascus, having lost already $13 billion due to international sanctions on Iran. Russian companies also have major investments in Syria’s infrastructure, energy, and tourism sectors, worth $19.4 billion in 2009.

“We don’t confine our interests in a single person, specifically in Bashar Assad,” a Russian diplomat explained to me. “But as you know, the alternative for us is totally anonymous and dangerous…The Syrian opposition is lost and undependable and ignorant in politics. They are in this position just because of their outside support. We don’t deal with leaders with no grassroots support,” the diplomat added.

The conflict of interest that took place in Syria has become very clear now. What the Syrian people really need, in order to play this ‘game’ right, is a genius and strong politician. One who knows all rules of the game, and can play it easily and intelligently to get the Assad regime fully exposed  and to be able to end this game, which took enormous amount of blood sweat and tears of the Syrian people!