GAZA CITY – Egyptian authorities will close Rafah crossing with the Gaza Strip as of Saturday until a further notice, a Palestinian official has said. 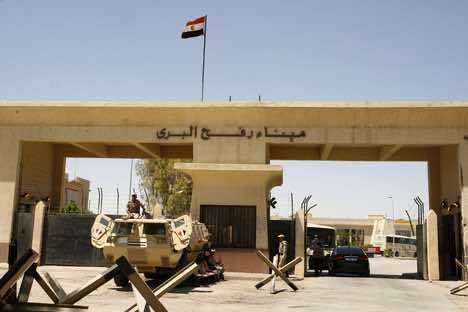 GAZA CITY – Egyptian authorities will close Rafah crossing with the Gaza Strip as of Saturday until a further notice, a Palestinian official has said.

Egyptian authorities have said that the Rafah crossing “will be shut as of Saturday and have given no date for reopening it,” Maher Abu Sabha, director of borders in the Gaza government, said in a statement, a copy of which was obtained by Anadolu Agency.

Egyptian officials have not confirmed the claim.

Rafah crossing represents Gaza’s only gateway to the outside world, as all other points into or out of the coastal enclave remain blocked by Israel.

Egyptian authorities partially reopened the terminal on Wednesday and Thursday after a weeklong closure following an attack on a military intelligence headquarters in the nearby city of Rafah that killed six army personnel.

Gaza has been under a crippling Israeli blockade since 2007, which forced residents to dig underground tunnels along borders with Egypt to bring in their needs of food and fuel.

But since the army’s July 3 ouster of elected president Mohamed Morsi, Egyptian army troops have cracked down on Gaza tunnels, bringing most of them to a halt.