CAIRO- An Egyptian farmer has been arrested for putting the name of the country's military chief General Abdel Fattah al-Sisi and an army cap on his donkey, state media said Saturday. 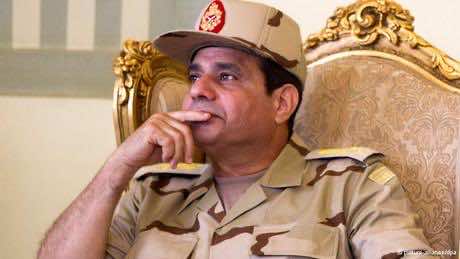 CAIRO- An Egyptian farmer has been arrested for putting the name of the country’s military chief General Abdel Fattah al-Sisi and an army cap on his donkey, state media said Saturday.

The farmer was arrested after he rode the donkey through his home village in an act deemed “directly insulting” to the army, MENA said.

He is hugely popular among the large segment of Egyptian society that called for Morsi’s ouster, and his portrait is displayed in shop windows, in cars and on walls in the Arab world’s most populous country.

Since Morsi’s ouster, the authorities have launched a massive crackdown on Islamists who regularly call anti-military protests.