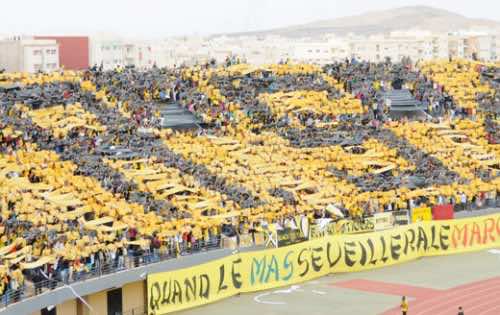 The MAS was the first to score at the 22nd minute of the first half after a ball’s miscalculation from WAF’s defender Mohamed Barakat who mistakenly scored against his own net to declare an early lead for the MAS.

Tareq skitioui’s squad continued the pressure over the WAF’s back lines to secure the lead and eventually succeeded in translating a collective effort into two goals at the 53rd and 55th minute respectively.

Only five minutes later, the MAS bombarded their hosts goalkeeper with another goal to turn the score 4-0 for the visitors.

Almost when everybody thought the game is over, the WAF players demonstrated a phoenix rise and scored three consecutive goals at the amazement of MAS players whose only savior was the lack of concentration of WAF players at some goal attempts and the whistle of the referee who declared the end of Fez ‘s clasico with a final score of 4-3.

The victory will put the MAS temporarily at the head of the competition with 7 points while the WAF so far gathered only two points.