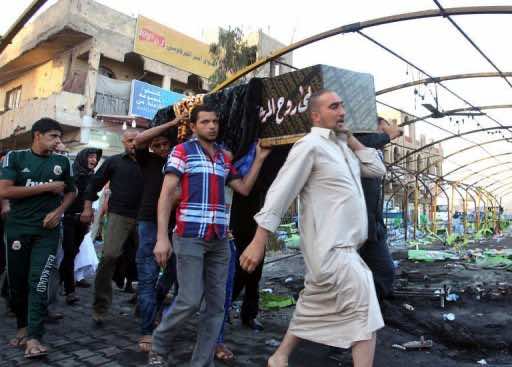 A suicide attacker blew themselves up near a funeral tent on Sunday, killing at least 23 people and wounding 48 in the Iraqi capital of Baghdad, as the city suffers the same attack twice in two days.

The explosion took place in the southern district of Dawra, an official from the Iraqi interior ministry told journalists.

Some of the injured were in critical condition, the official said, amid fears the death toll could rise.

On Saturday, assailants rammed an explosive-laden vehicle into a funeral tent in Baghdad’s Sadr region and another bomb attack followed shortly in the same area, with two explosions killing 57 and wounding 100