Toronto- My skype window opens to reveal a woman with a big smile and sparkling eyes. Her cheerful voice shows her optimistic attitude and positive energy. Malika’s unrelenting self-confidence is  also evident.   I can immediately see why she has been so successful.

Over the next hour I interview Malika, a 28 year old woman from Aitbaha. Malika is currently pursuing a PhD in environmental science specializing in water sustainability at le Institute National du Researche Scientifique, Quebec.  Malika gives the majority of the interview in French, although her Enlglish is much better than she seems to believe it is. I am also impressed to learn she speaks Arabic and Italian along with her Native Tamazigt.

After spending three months in Morocco interning at the Voice of the Amazigh Woman, I can say that Malika’ story of her early life echoes that of other Amazigh women I came in contact with. She is from a small village, she didn’t  encounter the Arabic language until she began school. It was a challenge for her to learn it. She said that it took her a long time to learn to enjoy school, but that she was encouraged to keep studying by her family, and particularly her brother, Hassan. Malika’s father died when she was a baby, and it seemed that her brother Hassan has been one of the greatest influences and supporters in her life.

Like many more rural parts of Morocco, there is not a high school in the village where Malika is from.  This meant that she had to leave her family, and board at a high school. She was able to return on weekends, but she said that leaving her family was originally very hard. She also told me about girls in her village who desperately wanted to go on to high school, but whose parents made them cut their studies short. I was sad when she told me that about girls who she said were so curious and intelligent and could never have the chance to reach their potential.

She then told me that after completing her high school studies, she studied at Universities in both Rabat and Casablanca.  Her biggest opportunity came when she got a scholarship to study a Master’s of environmental science in Genoa Italy. She told me this was her first trip abroad, which she took when she was 25 years old at the time.

Malika became particularly animated when she recounted her time in Italy. She described being warmly greeted by three students on her arrival, and immediately falling in love with the city of Genoa, where she lived and studied. I was deeply impressed when Malika told me that she didn’t even speak Italian when she arrived. Within two and a half years, she learned Italian well enough to study in it at the graduate level, and also earned a Master’s degree. She told me that she studied science during her days, and Italian in the evenings. The food, the Italian people and the beautiful city of Genoa made living and studying in Italy an amazing experience.

“I love it when I meet Italian people here in Quebec” Malika tells me “I get to practice my Italian, and I love how friendly the Italian people are.”

Impressed by Malika’s success, I asked her what her main inspiration to keep studying was when she was a young girl in Morocco.  She told me that at first, she wanted to reach her potential and gain personal independence. “ I used to think of independence as an objective, but now I think of it as a right.” She said that while abroad she discovered herself and found her own confidence

I asked Malika what she says are the greatest challenges faced by women in Morocco. She said that the problem in her opinion is that a largely Arabized society has created a certain mentality in people, that women are not capable of independence, and that all women need a man to take care of them. She also said, that boys are often given more opportunity to realize their potential than girls. She cautioned me though, that many young boys are prevented from furthering their education due to economic hardships. Overall though, she said that it is harder for women to reach their potential than men. She said that there are some very successful women in Morocco, but that it is harder for them than it is for men.

She told me that when she completes her studies, she hopes to contribute to associations that lobby for women’s empowerment. She wants women to have more opportunities, especially for young girls to further their education.

“People need to change their mentality in Morocco. This is the only way that things will improve for women.  This will be a challenge, and change can only happen slowly. But it is not impossible.”

I was inspired by my interview with Malika. Not just by her smile and optimism, but because she reassured me that where there is a will, there is usually a way. 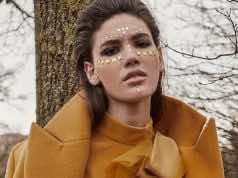 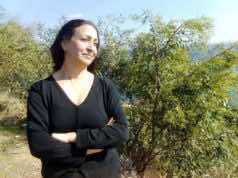 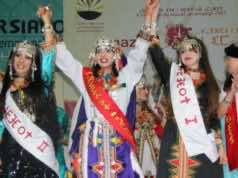