Washington- Morocco and Spain are now teaming up for a new chapter in the issue of illegal immigrants in Morocco. 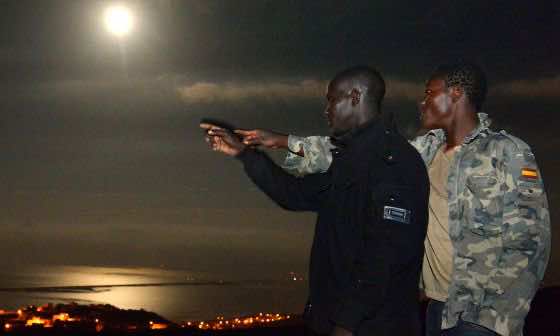 By
Nadia ELBOUBKRI
-
Nadia Elboubkri is a graduate of Temple University where she holds a Bachelor of the Arts in Political Science with a focus on Middle Eastern studies and political economy.
Sep 23, 2013
Spread the love

Washington- Morocco and Spain are now teaming up for a new chapter in the issue of illegal immigrants in Morocco.

The Spanish Minister of Interior, Jorge Fernández Díaz, announced that Spain plans to work with Morocco to repatriate immigrants who are illegally residing in the northern parts of Morocco, reports El Pais.

In the last week, three separate attacks by African migrants were conducted at the border between Morocco and the two Spanish enclaves, Ceuta and Melilla. About 91 migrants managed to return to Ceuta, while 100 set foot in Melilla.

According to Interior Minister Diaz, Morocco and Spain are exploring “worthy” alternatives for facilitating the return of the migrants to African soil. Such a measure will inevitably require a larger budget for the fight against illegal immigration and at this point it is unclear whether the Spanish initiative is under the jurisdiction of the European Union.

According to the same source, the initiative will be managed and coordinated by the International Organization for Migration (IOM).

The new Spanish-Moroccan initiative to return illegal immigrants to their country of origin, however, directly conflicts with Morocco’s recent policies to welcome migrants to the kingdom.

Over the last few months, Morocco has had to make a lot of important decisions regarding illegal immigrants residing within its borders due to pressure from the international community, rising tides of discrimination against migrants in Morocco, and the increasing influx of migrants from Europe and Sub-Saharan Africa to the country. Amidst allegations of racism and hate crimes of immigrants in Morocco by Moroccan nationals and, even, Moroccan authorities, the government issued a string of reforms to neutralize the growing tension between migrants and Moroccans—including issuing regularized residency status for migrants.

To this end, an anti-racism group in support and defense of foreigners and migrants in Morocco, gave their analysis of the situation.

According to the group’s president, Hicham Rachidi, the intense media coverage of the attacks last week was “to discredit the new humanist migration policy that the Moroccan government promised.”

He was referring to the recent decision of King Mohammed VI to regularize the situation of undocumented people present in Morocco.