Washington- The White House would not rule out Monday a meeting between US President Barack Obama and Iran's new President Hassan Rowhani on the sidelines of the UN General Assembly. 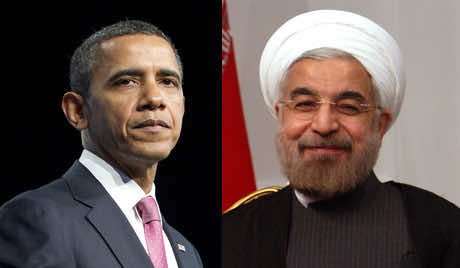 Washington- The White House would not rule out Monday a meeting between US President Barack Obama and Iran’s new President Hassan Rowhani on the sidelines of the UN General Assembly.

US Secretary of State John Kerry meanwhile will attend a meeting of major powers this week with Iran’s Foreign Minister Mohammad Javad Zarif on Tehran’s nuclear program, it said.

Ben Rhodes, a deputy national security adviser, told reporters that while Obama was not scheduled to meet with Rowhani, it could not be ruled out.

“We are open to engagement with the Iranian government on a variety of levels provided that they will follow through on their commitment to address the international community’s concern on their nuclear program,” he said.