CAIRO -  The Muslim Brotherhood will appeal a verdict issued by a Cairo court on Monday dissolving its society and banning its activities. 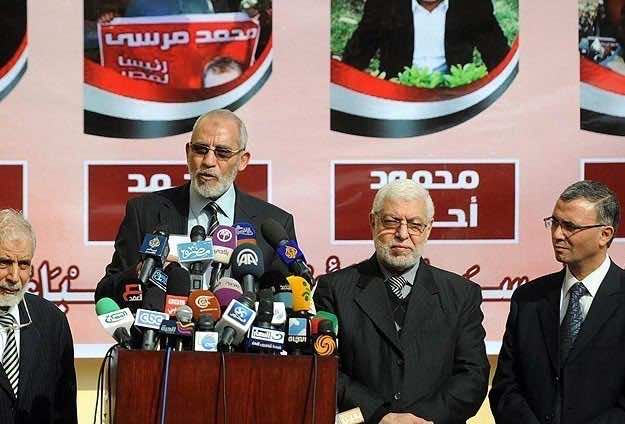 CAIRO –  The Muslim Brotherhood will appeal a verdict issued by a Cairo court on Monday dissolving its society and banning its activities.

Senior group member Mohamed Ali Beshr told the Anadolu Agency that the verdict “has no effect on the ground because all the group’s offices are already closed.”

However, he described the verdict as “invalid” because the court that issued it “has no jurisdiction to deal with such cases, which should be heard by the administrative court.”

“Also, the society did not know about the trial from the beginning so that it could send a defense team,” he added.

Mahmoud Abdullah, a lawyer affiliated with the leftist Tagammu Party, filed a lawsuit to demand the society be dissolved on grounds that it had been established “in violation of the law.” He also demanded the seizure of all the society’s funds and properties.

The Muslim Brotherhood Society was registered as an NGO in March, with former Brotherhood supreme leader Mahdi Akef as chairman. Akef is currently in jail on charges of “inciting violence.”

The Brotherhood has 15 days to appeal the verdict, judicial sources said.

Beshr said the verdict would “bolster the determination of the Egyptian people to restore the state of law, the constitution and [democratic] legitimacy.”

Hundreds of leading figures from both the Brotherhood and its Freedom and Justice Party have been detained on different charges, mostly of “inciting violence,” since the July 3 ouster of elected President Mohamed Morsi by Egypt’s powerful military establishment.