New York- Scrutinizing the common denominators between Islam and democracy within the same socio-political space has been the subject matter for many debates especially in the post 9-11 era and the Arab Spring afterwards. 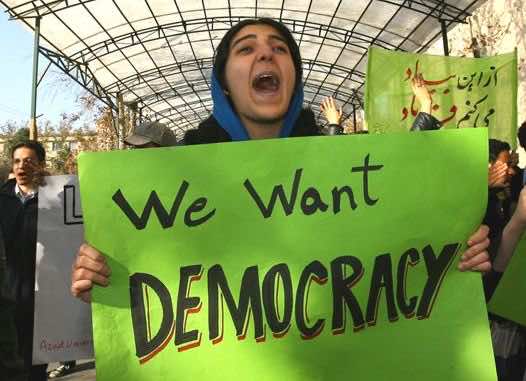 New York- Scrutinizing the common denominators between Islam and democracy within the same socio-political space has been the subject matter for many debates especially in the post 9-11 era and the Arab Spring afterwards.

Whether Islam is compatible with democracy is a question that has given rise to countless and counter positions and processes. On the one hand, the prevailing media and intellectual circles in the West perceive Islam at the root of the authoritarian policy in the Muslim Middle East. To them, Islam is patriarchal and lacks any concept of citizenship and freedom, since its belief in God’s sovereignty has diminished popular power[1]. Islam embodies, it is claimed, a “world in which human life doesn’t have the same value as it does in the West, in which freedom, democracy, openness and creativity are alien”[2].

A significant number of Western scholars argue that Islam as a religion and culture poses a myriad of obstacles that hinder the way towards the consolidation of democracy. Francis Fukuyama, an American philosopher and political economist, has consistently declared that “Islam is the only cultural system that regularly seems to produce people like Osama bin Laden or the Taliban who reject modernity lock, stock and barrel”. In the same regard, the Huntington’s controversial clash of civilization theory identifies people’s cultural and religious identity as the primary source of conflict in the post cold war era.

Looking at the other side of the coin, we can plainly find out that there are many scholars who strongly believe that democracy remains a part and a parcel principal in Islam. For them, the Quranic notion of Shura (consultation) is to ensure the compatibility of Islam with democracy.

The current debate in fact does beg a question that has, due to lack of methodological rigor or plain intellectual dishonesty, been neglected; based on what criteria can one establish a comparative equation summoning a political mode of government, democracy, on the one hand, and a belief system, Islam? It is important to note that Islam includes specific guidelines regarding government – in fact in all three branches, executive, legislative, and judiciary. Thus comparing a fairly recent concept of western democracy to an encapsulated version of an established belief system would lack the methodological basis both for process analysis and conclusions.

Keeping away from the methodological dichotomy and sticking to the apparent arguments put forth by opponents of the compatibility of Islam and democracy, a rigid distinction must be drawn between Islam and the so called “Islamists”. Along the same lines, the question that should nowadays be posed, especially in the midst of what is happening now in the Middle East and North Africa is to what extent are the Islamic leading political parties ISLAMIC? Would it be plausible to make this analogy between the two within the current socio-political context? More importantly, where is Sharia (the Islamic law) in their managerial strategies?

Taken a rapid reading on Islamic teachings into account, it would be easy to intercept the vast distance separating Islam from Islamists at all three levels of government. Therefore, the public view has to make a disparity between these political parties and Islam as a “religion” the broader sense of the term. The latter is viewed by many Muslim scholars as a system encompassing all fields of living, namely politics, economics, legislation, science, humanism, health, psychology and sociology. This quick-to-do definition has obviously been distorted by many countries led by Islamist political parties as they proved to fail in honoring many of their promises and applying some of Sharia’s provisions if not encouraging some of its anti-teachings.

In this regard, it is of paramount importance to point out that these parties have reversely helped their counterparts to win a highly remarkable percentage of the public view, and have at the same time heightened and strengthened a global trend of indifference, intolerance, and sometimes Islamophobia. The MENA public consequently, even naturally, lost trust and is looking forward to the next elections to take revenge either by not voting at all or by providing other secular political parties with the opportunity to give it a go.

With the aforementioned elements in mind, it can be confidently argued that the debate over the compatibility of Islam and democracy is far from settled. It begs further methodological refinement, normative mainstreaming of concepts, and deeper analysis of current happenings across the Muslim-majority societies.

[1]For instance, a number of influential academics in the United States such as Eliot Cohen of Johns Hopkins University and Kenneth Adelman of the Defense Department’s Defense Policy Board have suggested that Islam is essentially intolerant, expansionist, and violent.Some Evangelical Protestants have declared Islam an “evil” religion (quoted in William