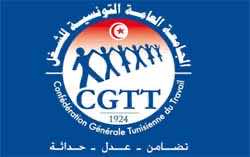 The UGTT, which has been leading the mediation efforts, said in a post on its Facebook page that gatherings would take place in the Ariana suburb of Tunis on Wednesday, and in different locations outside the capital on Thursday.

The powerful confederation, which boasts 500,000 members and is capable of bringing the country to a standstill, warned on Monday of plans to call nationwide peaceful mass protests across Tunisia to end the crisis sparked by the July assassination of opposition MP Mohamed Brahmi.

But it did not say when or where they would take place.

The UGTT has accused the ruling coalition of pursuing its own interests at the expense of the nation’s, and of failing to accept the roadmap, which sets a three-week deadline for the formation of a cabinet of independents to replace the current Ennahda-led government after the launch of a dialogue between the two sides.

It also sets a four-week deadline for the adoption of a new electoral law, the announcement of a timetable for fresh elections and the completion of a long-delayed draft constitution.

The Islamists have insisted they accept the initiative, which was drawn up by the UGTT and the other three mediators — employers’ organisation Utica, the Tunisian League for Human Rights and the bar association.

They accuse the largely secular opposition of distorting the mediators’ proposals by demanding the government’s immediate resignation.

The standoff between the government and the opposition remains unresolved despite several mediation attempts, two months after Brahmi was murdered, an attack blamed on radical Islamists that came six months after another secular MP was assassinated in similar circumstances.

The opposition says Ennahda has not done enough to rein in Islamist militants, whose influence has grown since the 2011 uprising that toppled veteran president Zine El Abidine Ben Ali, and has not improved economic conditions.