UNITED NATIONS: US President Barack Obama warned Tuesday that the United States was ready to use military force to protect US and global interests in the Middle East and Africa. 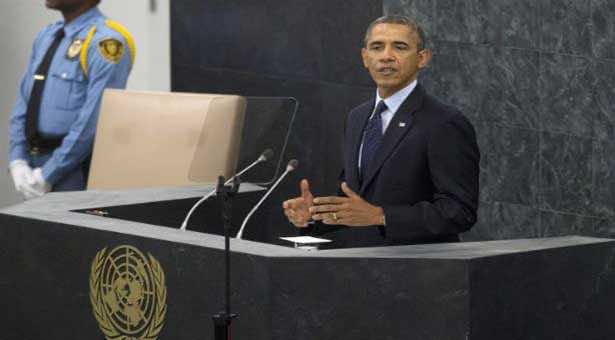 UNITED NATIONS: US President Barack Obama warned Tuesday that the United States was ready to use military force to protect US and global interests in the Middle East and Africa.

“The United States is chastised for meddling in the region, and accused of having a hand in all manner of conspiracy,” Obama told the UN General Assembly. But he warned there was no change in US policy in the Middle East and Africa and that Washington “is prepared to use all elements of our power, including military force, to secure these core interests in the region.”