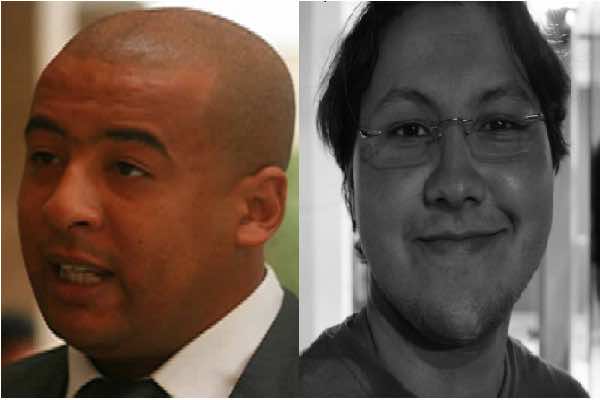 By
Nadia ELBOUBKRI
-
Nadia Elboubkri is a graduate of Temple University where she holds a Bachelor of the Arts in Political Science with a focus on Middle Eastern studies and political economy.
Sep 24, 2013
Spread the love

Imad Akka and Adnane Addioui were both spotlighted amongst a pool of young activists from around the world including youth from Iraq, Afghanistan, Pakistan, North Korea, Sudan, and many other countries undergoing a youth identity “revolution.”

NED’s “30 Under 30” seeks to highlight the important, and sometimes overlooked, work that youth are doing around the world to promote and advance human rights, freedom of expression, and freedom of association. Over half of the global population is made up of people under the age of 30, and, as NED states, “Those most frustrated by the status quo are often young people eager to engage in the struggle to achieve societies that provide opportunity for all, protect the rights of all, and make governments accountable to citizens.”

Adnane Addioui is the 28 year old Chief Visionary Officer and founder of the Moroccan Center for Innovation and Social Entrepreneurship [CISE], a non-profit organization aimed at promoting entrepreneurship and motivating social change.

Addioui’s goal as Chief Visionary Officer goes deeper than developing business models for entrepreneurs, his work has a profound social element as well. He explains his vision as one that supports the common good: “Social entrepreneurship has always been an ethos of democratic governance and thus it has flourished in societies where pressing needs are becoming urgent and where all the stakeholders should be involved.” He also noted that, “Morocco has reached a stage where it is a priority to rethink why and how people, organizations, and even the government engage with the society at-large.”

The Moroccan CISE targets young people in particular to train, mentor, and guide the burgeoning entrepreneurs into strengthening their capacity not only for economic success, but also for social impact in Morocco.

Imad Akka’s organization, Association Jeunes pour Jeunes [AJJ] has a similar outlook on providing youth with the tools they need to manufacture their own success, however, AJJ has a more sociopolitical agenda. Akka, president of AJJ, stated that ““Arab Spring was a turning point in the life of our NGO; we moved from a local association working on civic education and youth and women empowerment grassroots programs to a national network defending democratic change, and supporting youth economic, social, political and cultural rights.”

Organizations like AJJ do more than just but heads with policymakers to reform laws, they inspire young people to take action and create a new vision for the future of Morocco. For instance, after King Mohammed VI’s 2011 reforms, AJJ leveraged the political climate for reform to launch a public debate entitled “Future Dialogue: Youth and Constitutional Rights, a Common Vision to Ensure Youth Participation.”

The campaign landed eight regional forums and 500 NGOs along with over 8,000 young Moroccans participated to draft a strategic agenda for how to include youth in public affairs and to create a more open network between civil society and parliament.

Working to eliminate the status quo,  set new norms, and improve quality of living not just financially but for the mental well-being of citizens, activists like Adnane Addioui and Imad Akka from Morocco are making a world of a difference.