CAIRO - Gunmen killed an Egyptian policeman in an  attack on his vehicle on Monday near the Suez Canal city of Ismailiya,  security officials said. 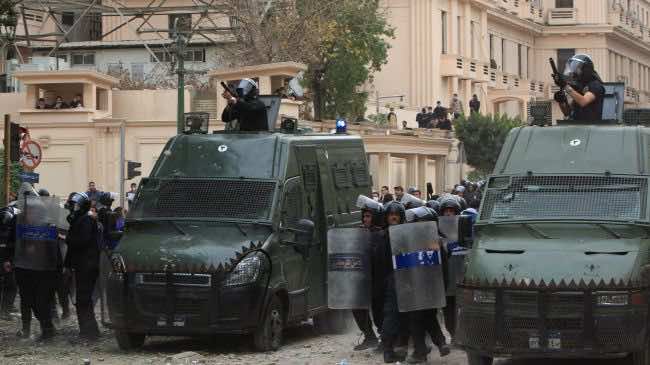 CAIRO – Gunmen killed an Egyptian policeman in an  attack on his vehicle on Monday near the Suez Canal city of Ismailiya,  security officials said.

Two officers were wounded in the attack on a police patrol, the officials  said. The assailants fled the scene.

More than 100 policemen have been killed across Egypt in attacks and  clashes since the military overthrew Islamist president Mohamed Morsi in July.

Morsi’s supporters have held mostly peaceful protests, but hundreds of  Islamists have been killed as clashes have broken out with security forces and  civilian opponents of Morsi.