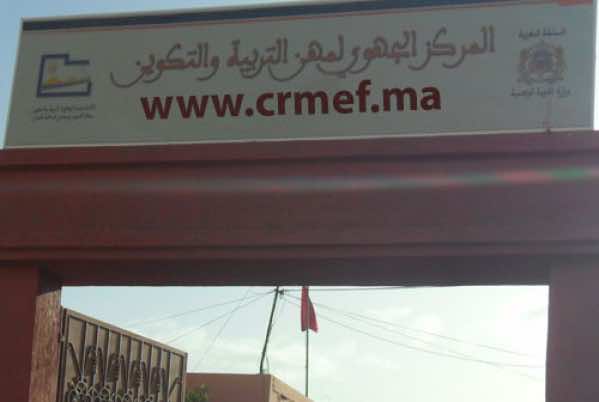 Sidi Ifni- Morocco – More than 180.000 applicants have applied for the teaching profession examinations, which are due to take place on September 27-28, according to the Ministry of Education.

The Regional Academies of Education and their delegations all over the country are going to organize and watch over the examining procedures.

As the number of applicants for the entrance exams (CRMEF) enormously outnumbers the amount of vacant places, many applicants have questioned the credibility, authenticity and transparency of the tests.

Assessment and evaluation are among the issues highlighted by the applicants.

“Do all those who succeed deserve success and those who fail deserve failure?” Ali Abouali, an applicant from Smara, told MWN.

“I have tried sitting for these exams countless times. I have prepared well and have read widely. But, I ended up failing the tests, “he added.

Some other applicants point out that the large number of test takers compared to the vacant posts , can lead to unmerited success. .

Others from Agadir went on to say that it is ‘illogical’ to find 15.000 in an exam class vying for 120 posts. ” How can we extract the cream of the crop from  15,000 applicants?” several applicants told MWN.

“To guarantee reliability and merit, the number of applicants must be a bit closer to the number of vacant places,” Rachid Hamdi from Essaouira told MWN.

According to Mohamed El Ouafa, Minister of Education, pre-selections, a stage where applicants are short-listed, is annulled.

Grades, El Ouafa once pointed out, are never a criterion by which applicants must be pre-selected.

This decision has allowed  a number of unemployed graduates to sit for the entrance exam.

Though much welcomed by the graduates with average grades, the decision continues to be criticized by graduates who earned their B.A. with distinction.

” The Absence of a pre-selection stage minimizes our chances of success,” Said Abaadi, a new graduate from Ibn Zohr University in Agadir, told MWN.

On the other hand, thousands of unemployed graduates have welcomed the decision with opened arms,  pointing out that El Ouafa was right, particularly regarding the fact that the absence of a pre-selection phase gives applicants equal chances.

” I have been jobless for 13 years now. I obtained my B.A. without any distinction in 2000. Thanks to the minister, I can now apply and sit for the entrance exams, unlike before when my average grades were a stumbling block,” Abdelmajid Nousseir, a taxi driver from Tiznit, told MWN.

“Now we can say that we have equal chances. The large number of applicants is a sign that we are on an equal footing,” he added.

This year the written exam and the oral interview are allotted the same percentage.

” This must mean that applicants must try to strike a balance between their writing skills and speaking competencies,” Mohamed Essaadi, a teacher, told MWN.