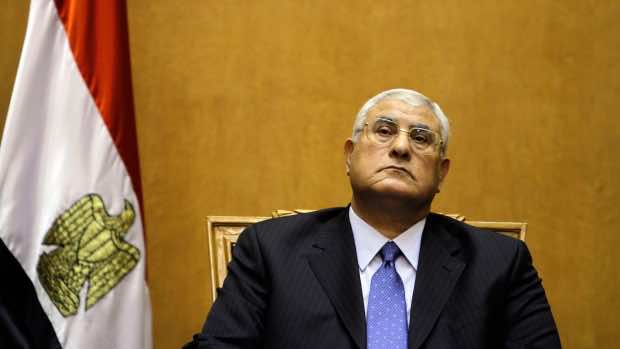 Previously, the maximum period of pre-trial detention for defendants facing the death penalty had been 24 months and 18 months for those facing life sentences.

It is not yet clear why the legislative amendment was issued.

Under the previous legislation, toppled President Hosni Mubarak was released from prison pending investigation into charges of killing protesters after serving the maximum period of pre-trial detention.

The new amendment is now effective since its publication in the official gazette on Monday.

A host of Muslim Brotherhood leaders, including ousted President Mohamed Morsi, are expected to stand trial in the coming period.

Morsi, who was ousted by the powerful army more than two months ago, faces a raft of charges including “conspiring” and inciting violence.

Rights activist Ahmed Mefreh voiced concern that the legislative amendment will be used to “keep Morsi supporters in detention,” especially those who face charges punishable with death or life sentences.

Egyptian authorities have unleashed a massive crackdown on Brotherhood leaders since last month’s dispersal of two sit-ins set up by supporters of Morsi, in which hundreds of protesters were killed by security forces.

Since then, Egypt’s military-backed authorities have rounded up hundreds of the group’s senior and mid-ranking members, topped by Brotherhood leader Mohamed Badie and deputies Khairat al-Shater and Rashad Bayoumi.