CAIRO– Egyptian Salafist leaders have criticized calls for drafting a new constitution from scratch, calling on a 50-member constitutional panel to abide by an earlier decree stipulating that the charter be merely amended. 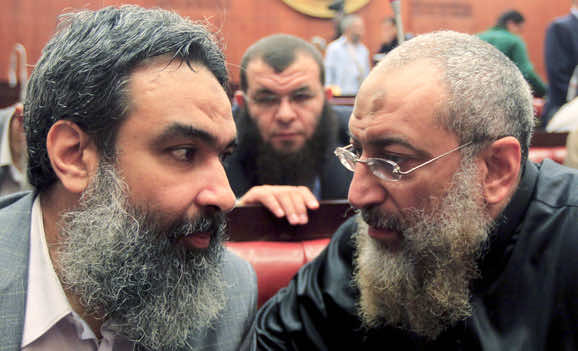 CAIRO– Egyptian Salafist leaders have criticized calls for drafting a new constitution from scratch, calling on a 50-member constitutional panel to abide by an earlier decree stipulating that the charter be merely amended.

Drafting an entirely new constitution “is a flagrant violation of the roadmap that cannot be accepted,” Yasser Borhami, deputy leader of Egypt’s Salafist Call movement, said in a statement late Wednesday.

Under the plan, the constitution – approved late last year via popular referendum – was suspended, while Adly Mansour, head of Egypt’s constitutional court, was installed as interim president.

“Mansour assumed his post under the army roadmap, according to which the constitution was only suspended – not annulled,” Borhami said.

The Nour Party, he said, was keen to work with the constitutional panel in line with an earlier constitutional declaration calling for the 2012 charter’s amendment.

“We didn’t participate in the panel to draft a new constitution, only to modify it,” he told Anadolu Agency.

Badran argued that drawing up a brand-new charter would represent a violation of both the army-imposed roadmap and the constitutional declaration.

Mansour issued the constitutional declaration in July. Its terms call for the constitution to be amended, after which parliamentary and presidential elections would be held.

Several members of the constitution-amending panel, however, support calls for drafting a new charter.

Panel member Sameh Ashour on Wednesday said the committee was consulting with the interim president to have a new constitutional declaration issued allowing them to draw up a completely new charter.

Ashour, who is also chairman of Egypt’s Bar Association, went on to assert that “the public mood favors writing a new constitution, not reviving a dead one.”