Casablanca- Morocco was no exception to the Orientalist fever that sprawled Europe in the 19 century. Europe’s legacy of the romanticized East is replete with mystic representations of the “mysterious” other, the East. Since Morocco was part of the monolithic “Orient,” it wasn’t immune from those European literary and artistic depictions of it. These representations subsequently served colonial ends, thus melting within Europe’s uncompromising colonial interests in that period. 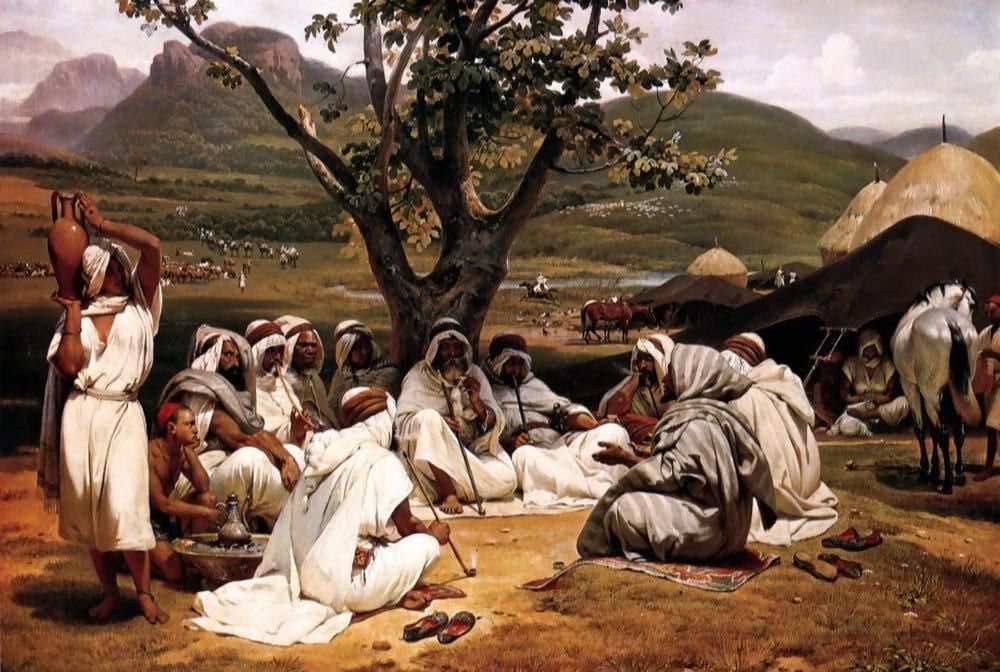 By
youssef sourgo
-
Youssef Sourgo is currently a Master’s student in Linguistic and Literary studies at Ain Chok Faculty of Letters and Humanities.
Sep 26, 2013
Spread the love

Casablanca- Morocco was no exception to the Orientalist fever that sprawled Europe in the 19 century. Europe’s legacy of the romanticized East is replete with mystic representations of the “mysterious” other, the East. Since Morocco was part of the monolithic “Orient,” it wasn’t immune from those European literary and artistic depictions of it. These representations subsequently served colonial ends, thus melting within Europe’s uncompromising colonial interests in that period.

Europe saw in the East the ideal nest for its colonial and expansionary aspirations. Yet, the East in general, and Morocco in particular, was still a puzzling enigma for Europe. The latter thus found itself compelled to come up with means of knowing the unknown other. Such thirst for knowledge of the other was inseparable from the thirst for colonial expansion.

European scholars, men of letters and explorers all rushed to producing “knowledge” about the Orient. This knowledge only reflected Europe’s acute enchantment by the East. Most of the knowledge generated about Morocco, for instance, radiated an obvious concern with all that is unfamiliar to Europeans. Even Europeans who landed feet in the Orient did not faithfully nor soberly record the life of “Orientals.” The knowledge scholars generated about the East was a far cry from being scientific, as it reflected in turn the thirst for exoticism that characterized earlier representations of the East.

Morocco was considered nothing more than a fragment of the monolithic East, a land with no distinctive cultural traits that distinguish it from its neighboring “Oriental” entities. Europe essentialized the East in an array of characteristics based on the “knowledge” that Orientalists had generated about it. Morocco was thus equated to any other fragment of the East since Europe stranderdized the Oriental unfamiliarity and mysticism to everywhere in the East.

Europe attempted to comprehend the East via ethnocentric lenses. Everything that was not European was mysterious, and thus worthy of study and exploration. France fed its Orientalist hunger in Morocco, on which it had very mediocre knowledge. Romantic artists find in this land a generous fountain of inspiration. They lavishly painted, carpentered, designed and concreticized their fantasies about Morocco.

France, like most European countries with colonial aspiration at that time, was attracted by primitiveness, the opposite of civilization and advancement, a state that invoked in Europeans a nostalgic sense of purity and truthfulness. The French traveled to Morocco not only to explore the “new,” but also the “old;” the “primitive,” the “simple” and the “natural”. Having read about enchanting adventures produced on the East before any European had set feet there, Europeans developed an almost scary urge to be part of the wild, to embrace humans’ early and true nature.

The lack or even absence of visual representations of Morocco were another impetus behind the abundance of paintings that the French produced on it. Being a conservative Muslim country at that time, Morocco held to the religious belief that any visual depiction of a person is a blasphemous challenge to God’s divine creations. Hence, the French could not help releasing their fantasies towards Morocco by producing romantic representations of its features. These romantic, luring depictions of Morocco subsequently served political purposes.

French General Lyautey deployed Orientalist materials to seduce the French new colonizers into cherishing Morocco. By doing so, Lyautey sought to sew tides of enchantment between the French people and Morocco. The French thus developed an acute desire to taste all the free exotic sensations that Morocco had to offer them. Famous French painter Jacques Majorelle contributed to this process of Orientalist seduction by his bewitching painting of Marrakech, all enwrapped in magic and sorcery.

This aspect of French Orientalism is what still shocks Moroccans up to nowadays. Some Moroccans, who have chosen Orientalist French paintings as the main artistic decorations in their homes, cannot stand the idea that these very paintings had a share in the process of colonizing Morocco. Paintings of naked “Harem” (women) one of most recurrent Orientalist fantasies in French paintings of an exotic Morocco, can be found in many Moroccan houses. Their owners ignore the link between Orientalist art and the French colonization of Morocco.

The passionate masculine dimension of colonialism was easily triggered by the Orientalist paintings of naked, perfervid women in the Oriental Morocco. The sexual, muscular passions that characterized colonialism were part of the enchantment process that induced the colonization of Morocco, or the land of fantasies, just like any other Oriental land. This might sound too romantic and simplistic for someone who is engrossed in historical discourse on the colonization of Morocco, a discourse that tends to overlook the very strategic role that Orientalist discourse had played in rendering Morocco a target to European colonial aspirations.