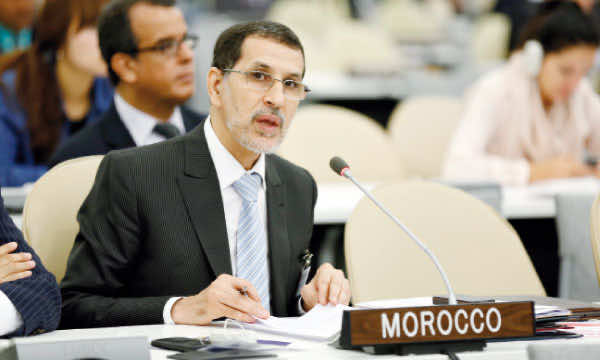 Speaking at the High-level meeting on the MDO’s held on the sidelines of the UN 68th general assembly, El Otmani noted that fulfilling these objectives is the responsibility of the entire international community, against the backdrop of the adverse economic situation, stressing that Morocco considers the Millennium declaration as a major turning point in the fight against poverty and precariousness.

He also hoped that the 2015 deadline will be the ideal opportunity to mobilize efforts for fair and lasting development, underlining that the upcoming development program should be based on clear standards, set precise goals and follow new approaches, especially as regards environment and sustainable development.

He went on to say that the new standards should also include continuing the fight against precariousness and poverty with aid to development as an essential component.

Morocco continues to grant utmost importance to achieving the Millennium development objectives, he said, noting that the 2011 constitution stipules the right to sustainable development and explicitly recognizes the right to education, health, housing, training and access to basic services.