Rabat- Morocco has adopted a dual track approach to the Sahara issue, which ambitiously targets both economic development and conflict settlement, says the US think-tanks Carnegie Endowment for international peace. 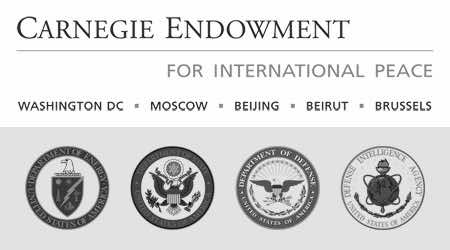 Rabat- Morocco has adopted a dual track approach to the Sahara issue, which ambitiously targets both economic development and conflict settlement, says the US think-tanks Carnegie Endowment for international peace.

In an analysis by Jacques Rousselier, the think-tank considers that this is an “ambitious plan” meant to “bring the developmental level comparable to the national level” and implying a “careful and balanced national policy aimed at economic and human advancement” as well as “an autonomy proposal”.

“In this context, Rabat, for both economic and political reasons, has committed itself to a thorough evaluation of its development policy in the southern region, looking at the critical linkage between development growth, stability, and long-term settlement of the dispute in the territory”, the author, who is an instructor at American Military university argues, recalling the “impressive array of policy and institutional tools to promote investment and leverage developmental goals in the Sahara” set in place by Moroccan authorities.

He noted that the poverty rate in the territory fell by 17.9 percent between 1994 and 1999, compared to Morocco’s total decrease by 1.9 percent and human development index sits at the top of all Moroccan regions and remains above average within the Arab world.

“Rabat needs a credible and internationally supported political roadmap for the future status of the territory”, the author recommends, adding that Morocco’s constitutional plan for decentralization and regionalization has to fully integrate the autonomy based on ethnic or linguistic characteristics and international, regional and political dimensions specific to the Sahara.

“Morocco struggled to find a modern expression for its existential and historical claims over its Saharan identity, through the Sahrawi people, and ultimately its African aspirations”, goes on Rousselier who is also co-editing a forthcoming book on “Western Sahara: Myths, Nationalism and Geopolitics”.