CAIRO- In his speech to UN General Assembly on Thursday, Marzouki called on Egyptian authorities to release deposed President Morsi and all "political prisoners" 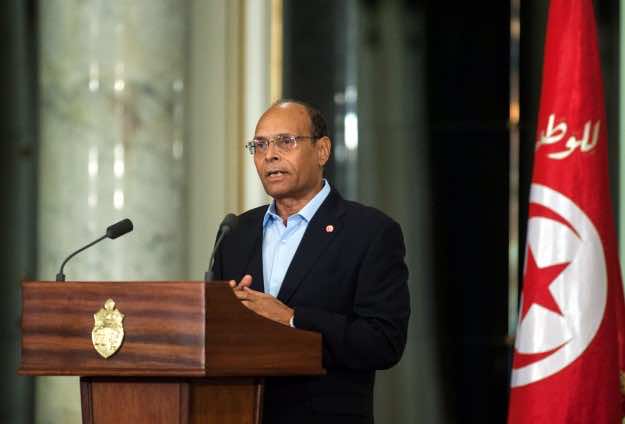 CAIRO– In his speech to UN General Assembly on Thursday, Marzouki called on Egyptian authorities to release deposed President Morsi and all “political prisoners”

The Egyptian Foreign Ministry has criticized a UN speech by Tunisian President Moncef Marzouki in which he called on Egypt to release what he called “political prisoners”.

“The content of this speech contradicts with the reality and represents a challenge to the will of the Egyptian people, who took to the streets in their millions on June 30 to demand a real democracy that paves the way for building a modern state of all Egyptians without exclusion,” the ministry said in a statement.

In his speech to the UN General Assembly on Thursday, Marzouki called on Egyptian authorities to release deposed president Mohamed Morsi and all “political prisoners”.

He argued that such move will help easing political tension and ending violence, and called on all parties in Egypt to resort to dialogue to resolve the crisis.

Morsi, Egypt’s first democratically elected president, was ousted by the Egypt’s military on July 3 after mass protests against his presidency.

Ever since, the Islamist leader, who hails to the Muslim Brotherhood, has not been seen in public and his whereabouts remains undisclosed.