Casablanca- France 24 published recently an expos on Moroccan women who serve as prostitutes abroad.  The issue is frequently raised by Moroccan and Arab newspapers alike—who tend to highlight the numbers of women abroad when a case of prostitution and illicit activity is made public. 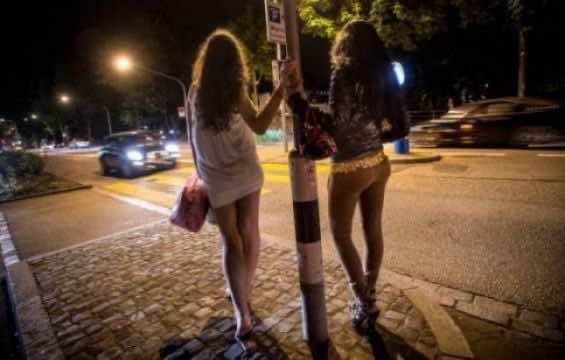 By
Jamal Saidi
-
Jamal Saidi is an English teacher.
Sep 27, 2013
Spread the love

Casablanca- France 24 published recently an expos on Moroccan women who serve as prostitutes abroad.  The issue is frequently raised by Moroccan and Arab newspapers alike—who tend to highlight the numbers of women abroad when a case of prostitution and illicit activity is made public.

While some believe that Moroccan women in prostitution  abroad  has become a reality that should be seen through a social and political lense  that  addresses the root cause of the problem; others consider it to serve as propaganda meant to damage Moroccan women’s reputation in order to blemish the country’s image.

Moroccan authorities have tried to tighten control over  girls’ travel to Gulf countries in order to fight the phenomenon.

The new age requirement for Moroccan women entering Saudi Arabia without a male relative escort highlights suspicious look of Saudi Arabia’s authorities at Moroccan women. The newly adopted  procedure, which set the age minimum of Moroccan domestic workers entering KSA to 45 years of age, is justified by officials on the basis of preventing “repercussions of family and social problems that occur when  young housemaid are recruited”.

Vice president of Diffatayn, an association of immigrant women, said that Moroccan women’s travel to Gulf countries should be monitored.

Zehra Dheras, a women’s rights activist,  said she didn’t notice any presence of the phenomenon in the French region of Amiens, but she confirms its emergence in other parts of the world.

She pointed out that those women often leave Morocco after being granted contracts to work abroad, only to find themselves held hostages by human traffickers who sell the women to their ”sponsor” who takes their passports and identity documents. She confirmed this with a a story of a girl who was sequestered in a Gulf country and therefore was unable to  attend her mother’s funeral.

Dehras holds the Moroccan government responsible for the current situation, stressing the need for monitoring networks that are active in the  field and heavy punishment for officials who cooperate with such networks.

Observers say security measures have failed to address the issue and are therefore deemed inadequate. This is especially true now that Moroccan women have entered into intercontinental prostitution—the phenomenon has taken new geographical dimension-throughout the African continent.

Amin Lkhiari, a Moroccan  journalist,  who cited  Moroccan women on the sidelines of a forum called “Moroccan women there and there,” told France 24 about the significant  presence of Moroccan prostitutes in Africa, particularly in the  Ivory Coast. They move there via Tunisa with the help of organized networks, the journalist noted.

He said that attendees of the forum “vehemently called for fighting the  phenomenon which causes damage to their reputation.” They also called upon the state to “develop a strategy to face the issue.” He also said that Africans he met on the sidelines of the forum indicated that prostitution of foreign women in Africa is not limited to Moroccans, as prostitutes came also from other regions of the world, including Eastern Europe.

Nawal Buatars, a French teacher from Fes, stated to France 24 that, “rumors about Moroccan women engaging in prostitution is something nasty and denigrating to honor of Moroccan women.” “As a woman and a Moroccan citizen I condemn this heinous crime because it affects dignity and distorts the image of Moroccan women,” she said.

She added that most of Moroccan women have been exploited as prostitutes after being offered  visas to  work as massage therapists or artists in night clubs. This shows, she continued,  that some of them are victims who are forced into prostitution, but there  are other others who serve as prostitutes deliberately. I personally abhor that because human flesh is not a commodity for sale, she added.

Prostitution should be viewed within the context of human rights:

Abderrahim Manar Slimi, president of Maghreb Center for Security Studies and Policy Analysis, stated that, “the issue is not  of moral concerns , as perceived by many, but rather related to human rights matters.” This concept of  the “prostitution of Moroccan women” should not be adopted because it has become a tool to damage the image of both Moroccan women and Morocco…The issue is about exploiting Moroccan women,” he went on to explain.

He went on to say that “available information through testimonies on the ground and cases brought to justice indicate that a great deal of Moroccan women have fallen into the trap of Arab and African multinational networks. Many of them arrived to their destination via fake employment contracts because they cannot leave Morocco or enter African or Gulf countries without work  visa.”

He added that “a large part of those Moroccan women are victims, and the responsibility is borne by various parties, including host countries. Those are girls in their twenties who have economic needs which force them to fall in the hands of networks. There are shocking  testimonies of Moroccan women who lived in Gulf countries or elsewhere. The emergence  of Moroccan women who serves as prostitutes in Africa means that networks that exploit Moroccan women is being expanding.”

Mr. Slimi  reiterated that the issue is not a moral one, but, rather, linked to organized networks of human exploitation. The subject is under debate in Morocco, but it has not reached any domestic human rights institutions, government and parliament. In this sense, the governing body also bears responsibility in the sense that they are concerned with the Moroccan women of Casablanca and Rabat, and do not hold any responsibility to protect Moroccan women abroad.

He continued that, “we have seen  ministries that worked on the political participation of women, but neglected other dimensions in a woman’s life. Governmental and non-governmental human rights organizations as well as the government and the parliament are still not interested in the issue for the simple reason that there is no pleading today against exploitation of Moroccan women abroad,” he added.

He also indicated that the government and state’s human rights organizations are not interested in Moroccan women abroad for fear that the issue will be viewed in moral terms,  which is a dangerous stand to focus on. The matter should be placed within the context of human rights, and we are still waiting for a joint report by the  Council for the Moroccan Community living abroad  and National Human Rights Council.