WASHINGTON: US President Barack Obama  and Iranian president Hassan Rouhani spoke  by phone on Friday in the historic first direct communication between leaders of  the two nations since the Islamic revolution in 1979. 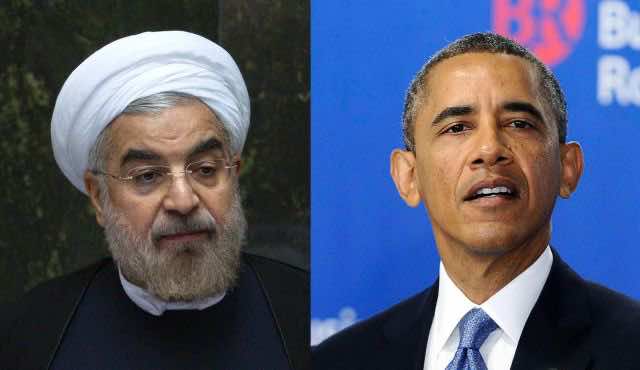 WASHINGTON: US President Barack Obama  and Iranian president Hassan Rouhani spoke  by phone on Friday in the historic first direct communication between leaders of  the two nations since the Islamic revolution in 1979.

“Just now, I spoke on the phone with President Rouhani of the Islamic  Republic of Iran. The two of us discussed our ongoing efforts to reach an  agreement over Iran’s nuclear program,” Obama said, according to AFP.