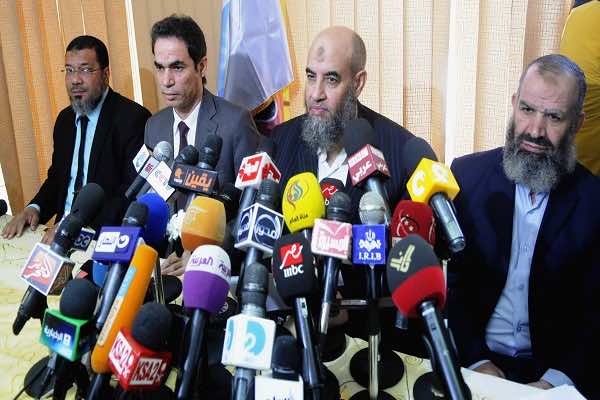 A committee tasked with amending Egypt’s constitution is holding “informal” talks with the Salafist Nour Party on articles related to sharia (Islamic law), a panel member has said.

“The panel is holding informal talks with the Nour Party on thorny articles as articles no. 2 and 219,” Kamal al-Helbawi told a seminar in Zagazig in the Nile Delta province of Sharqiya late Friday.

Article 2 of the suspended constitution states that “Islam is the religion of the state, Arabic is the official language and the principles of Sharia are the main source of legislation.”

Article 219 describes the “principles of Sharia” as “all proofs, jurisprudential bases and sources agreed upon by Sunni schools.”

“The Nour Party insists on cancelling some articles and keeping others as article 219,” al-Helbawi said.

The Nour party argues that article 219 aims to preserve Egypt’s Islamic identity and prevents the establishment of a secular state.

Al-Helbawi said that the panel members are not obliged to endorse all constitutional amendments proposed by a 10-member expert committee.

Amending the constitution, which was suspended by Egypt’s military following the July 3 ouster of elected President Mohamed Morsi, is an important component of the army-imposed roadmap for transition.

Al-Helbawi said that a final draft of the constitution will be ready after Eid al-Adha, due to fall in mid-October.

Meanwhile, al-Helbawi said that Muslim Brotherhood has not committed violence that ravaged Egypt in recent weeks.

“But the movement is responsible for the actions of its allies,” al-Helbawi, a former Brotherhood leader, argued.

Egypt has been in the throes of political violence since last month’s violent dispersal of two pro-Morsi protest camps in Cairo, in which hundreds of people were killed.