CAIRO– Al-Sisi's visit this year acquires a special importance amid calls for him to jump on Egypt's saddle. 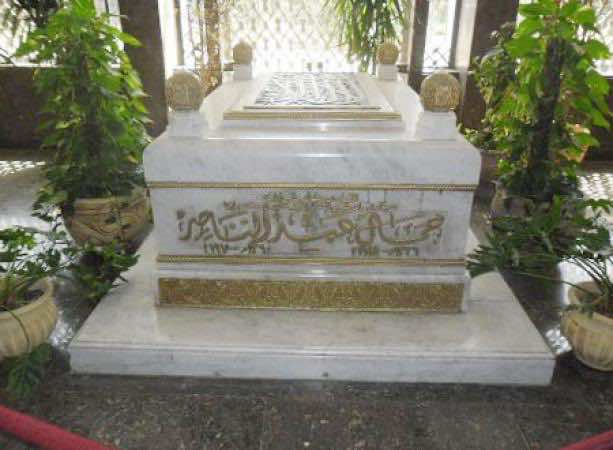 CAIRO– Al-Sisi’s visit this year acquires a special importance amid calls for him to jump on Egypt’s saddle.

The army chief was welcomed by Nasser’s family members during the 20-minute visit, according to an Anadolu Agency reporter.

Scores of military policemen were deployed around the tomb to secure the area, while the road leading to the tomb was closed.

As soon as the top general showed up, several tomb visitors, who were waiting for their turn to be let in, chanted in support. They called on al-Sisi to run in Egypt’s next presidential elections.

Making comparisons between al-Sisi and Nasser, the visitors called on the army chief to follow footsteps of the late leader by becoming Egypt’s president.

Meanwhile, a host of government officials and public figures started converging onto the tomb from the early hours of the morning on Saturday. A number of Syrian families had also paid visits to the place.

Egypt’s successive defense ministers have been keen on visiting Nasser’s tomb since his death in September 1970.

Al-Sisi’s visit this year, however, acquires a special importance amid calls for him to jump on Egypt’s saddle.

Local media outlets and politicians have been making comparisons between al-Sisi and Nasser.