GAZA- A Palestinian newborn baby breathed his last on Saturday on the Egyptian side of the Rafah border crossing between Egypt and the Gaza Strip. 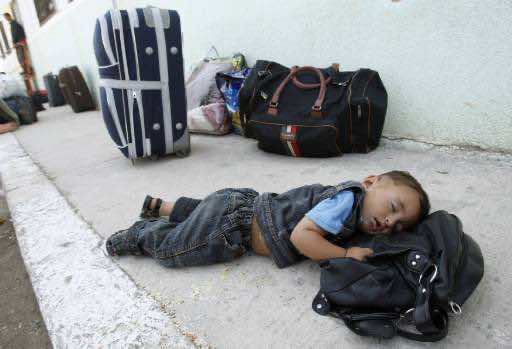 GAZA- A Palestinian newborn baby breathed his last on Saturday on the Egyptian side of the Rafah border crossing between Egypt and the Gaza Strip.

The baby, named Mohamed, was born late Friday on the Egyptian side after his mother had waited for a long time to be allowed to cross into Gaza, Palestinian medical sources said.

The sources added that the pregnant mother, who had arrived from Algeria on a visit to Gaza, found no other option but to wait at a cafeteria nearby the crossing, where she gave birth to the baby.

The mother was allowed into the Palestinian enclave on Saturday after the crossing was opened for three days by Egyptian authorities following an eight-day closure.

Rafah crossing represents Gaza’s only gateway to the outside world, as all other points into or out of the coastal enclave remain blocked by Israel.

The Gaza Strip — home to some 1.7 million people — has suffered under a crippling Israeli blockade since 2007, forcing residents to dig underground tunnels along the borders with Egypt through which they bring badly needed food, medicine and fuel into the territory.

Since the Egyptian army’s July 3 ouster of elected President Mohamed Morsi, however, the Egyptian military has cracked down hard on the Gaza tunnels, bringing smuggling activity to a relative standstill.