UNITED NATIONS, United States- Egypt proposed Saturday for the Middle East, including Israel, to rid itself of all weapons of mass destruction after the UN Security Council ordered Syria to destroy its chemical arsenal. 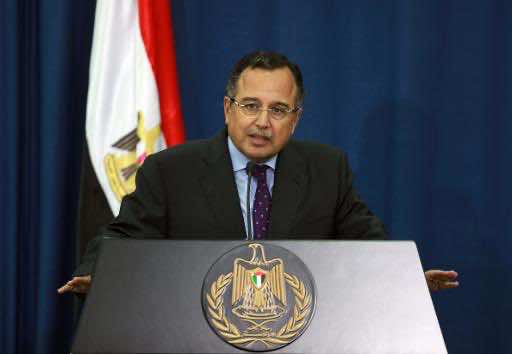 UNITED NATIONS, United States- Egypt proposed Saturday for the Middle East, including Israel, to rid itself of all weapons of mass destruction after the UN Security Council ordered Syria to destroy its chemical arsenal.

Addressing the UN General Assembly, Foreign Minister Nabil Fahmy called on the five permanent members of the Security Council to show support for the idea of a Middle East free of nuclear, biological and chemical weapons.

Fahmy, part of Egypt’s army-installed government, proposed that all nations in the Middle East would then commit by the end of the year to ratify agreements against weapons of mass destruction.

If all countries move forward, Fahmy said that Egypt would ratify the UN conventions banning chemical and biological weapons.

Egypt, Israel and Syria have been among the main holdouts to the two conventions.

But Syrian President Bashar al-Assad agreed to join the Chemical Weapons Convention following US threats of a military strike in retaliation for a sarin gas attack last month in the Damascus suburbs that US intelligence said killed more than 1,400 people.

The threat of US intervention eased after a US-Russia agreement for Syria to give up its chemical weapons, which was put into force through a unanimous UN Security Council resolution on Friday.

The Egyptian proposal would also entail Israel’s accession to the Nuclear Non-Proliferation Treaty.

Israel has refused to sign the treaty and is widely suspected of having a developed nuclear weapons program, although it has a policy of not acknowledging it.

Iranian President Hassan Rouhani, who sought to ease Western concerns about the Islamic republic’s nuclear program during his week at the United Nations, also called on Israel to join the Non-Proliferaton Treaty, as Tehran has done.

Israel dismissed Rouhani’s call as a ruse to divert attention from what the Jewish state charges is a covert Iranian effort to build a nuclear bomb.