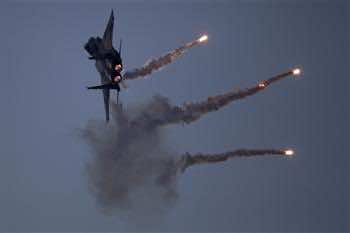 Some students were badly injured in the attacks, said Syrian Local Coordination Committees (LCC) adding they were being treated at field hospitals.

Regime forces have been conducting air attacks in a number of cities across the country, says LCC.