Saudi Arabia- Pulling off the perfect bank heist isn’t as easy as the movies make it seem, especially when the robber takes aim at five banks – in the space of three weeks. 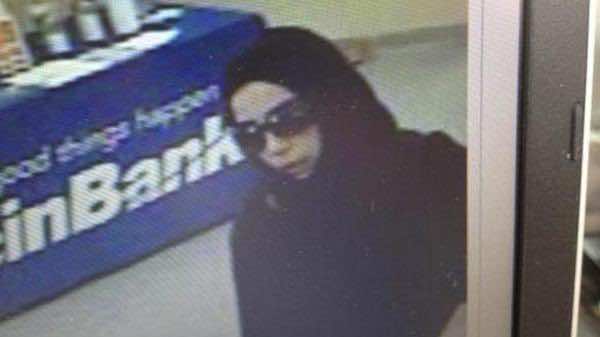 Saudi Arabia- Pulling off the perfect bank heist isn’t as easy as the movies make it seem, especially when the robber takes aim at five banks – in the space of three weeks.

This week, a 23-year-old Saudi-U.S. woman has been accused of doing just that.

Ranya al-Huthaili, who was arrested earlier this month on charges of robbing the five banks, is now set to remain in custody out of fear she will flee to Saudi Arabia, U.S. newspaper Star Tribune reported on Friday.

On Sept. 12, Huthaili was charged in federal court with robbing the Dairy State Bank on Sept. 9 in Menomonie, Wisconsin, the last of the heists she’s accused of carrying out.

Huthaili, a dual Saudi-U.S. citizen, is now deemed a flight risk as court documents state Saudi Arabia has no extradition pact with the United States.

In the ruling by U.S. Magistrate Judge Steven Rau this week, Rau wrote that someone who recently became “romantically involved with al-Huthaili called the defendant’s mother and asked whether al-Huthaili could flee to Saudi Arabia to ‘make this all go away,’” according to the Star Tribune.

Rau wrote that the defendant has acknowledged robbing four of the banks, while surveillance images from the robberies showed her wearing big black sunglasses.

Huthaili, a 2008 graduate of Roseville High School, has now reportedly told authorities that she is hearing voices and has thoughts of self-harm.

She remains in the same jail in Roseville in Minnesota since her arrest at a local shopping center on Sept. 10.

It remains unclear how much Huthaili was able to steal, or if her theft attempts were entirely successful.